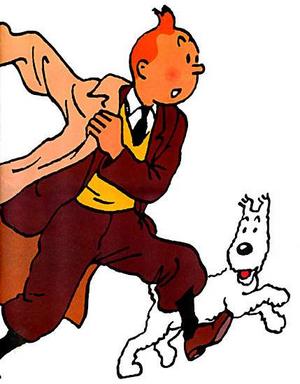 In what is one of my more anticipated movies of 2009/2010, (probably ’10 given the production delays,) there is some word on casting in Steven Spielberg’s Tintin movie.  (Don’t forget Peter Jackson will be doing the second film with a director yet to be announced to do number three.)

First off, Simon Pegg and Nick Frost of ‘Shaun of the Dead’ and ‘Hot Fuzz’ fame have been cast to play the Thompson Twins.  The rumor had been going around for months, but it’s now finally been confirmed.  Also, Jackson regular Andy Serkis will be playing Captain Haddock.  You will recall that Thomas Sangster had been cast as Tintin, but he has supposedly dropped out due to scheduling conflicts.

So, a new Tintin needs to be cast as well as Snowy.  That said, these names just announced has me excited to see this movie just a little bit more.  -Sam