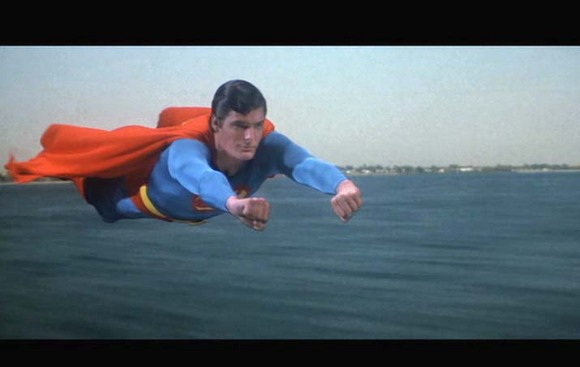 For some time now, the legacy of the Man of Steel on movie screens has been sorely lacking.  First, the second Superman film is mired in producioral high jinks, resulting in a displaced director and a replacement who clearly does not want to make the same movie as the guy he’s replacing.  The third film turns into goofy slapstick and a comedian as a co-star who was signed simply because it was thought he would sell tickets.  After a break, a fourth film arrives, but it is destroyed by a cheap production.  A reboot 19 years later does little to move the ball forward and, fans awaited something encouraging.

Warner Bros. re-released the first four films on DVD and there was an extra film in the package: Richard Donner’s re-edit of ‘Superman II,’ the film he left and the one that fans had been clamoring for his eye in the edit.  The film wasn’t perfect and there were some holes due to scenes not being shot that Donner wanted.  No matter, it was something.

However, ‘Superman III and IV’ remained a bit of a problem.  What to do?  Sometimes you need someone who truly loves the material to take a swing at it.  Enter someone known only as ‘ADigitalMan.’  He took the two films, (as well as some outtakes from all four films,) and created something amazing that is worth checking out.  The film is called ‘Superman Redeemed,’ and the redemption comes from the attempt to remove what made the third and fourth film such a sore spot for fans.  It is a wonderful and loving take on the material.

You probably know the story if you’re a fan of the movies; it’s basically ‘Superman III and IV’ melded together.  Clark Kent decides to return to his hometown of Smallville, to attend a class reunion and to write about how people change in an article for the Daily Planet.  There he resumes a friendship/romantic relationship with Lana Lang.  She’s had a rough time of it.  She’s a single mother with another fellow classmate harassing her.  Clark does what he can and Superman does the rest.  Superman is also working to rid the world of nuclear weapons and he ends up hurling a large cache of them into the sun to explode.

At the same time, criminal mastermind Lex Luthor escapes from prison and has a reunion of his own.  Otis is left behind bars, but he’s back with Miss Tessmacher and his nephew, Lenny, played by TV star Jon Cryer.  Luthor takes a strand of Superman’s hair and creates Nuclear Man.  Powered by the sun and borne of the destruction of warheads by Superman, he is the ultimate foe for the Man of Steel.

The film is not perfect.  Parts of it are still annoying, but much of the slapstick has been removed and the film feels like what a Superman movie should: no Richard Pryor and minimal bad special effects.  The hijacking of the Eiffel Tower (from both Richard Lester and Richard Donner’s cuts of ‘Superman II,’) is a plot point early on, but it works with the story and the film editors are to be credited for their ingenuity.

This film was not released theatrically.  It is not available in your favorite DVD retailer.  It is available only on-line, in shady back rooms where such things are procured.  If you look, you will find it.  And you will be glad you did.

With the availability of editing software and the ingenuity of fans who want to undo the mistakes made by the filmmakers, a whole new sub-culture of film fans and makers has sprung up.  If you don’t like the movie re-cut it.  It’s an exciting world, to see art re-imagined by people for no reason other than the love of the subject matter.  Maybe it won’t be perfect.  But maybe it will be better than what the writer and director was able to do.  If film is a collaborative process, once can’t fault the fans for taking matters into their own hands.

‘Superman Redeemed’ is a highpoint in the underground world of film re-editing.  It is worth seeking out.  Now only if Warner Bros. could give ADigitalMan a call and have him start work on ‘Superman Returns’…  -Sam