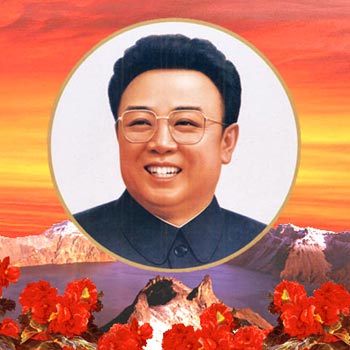 Assuming the mantle of dictatorship and oppression from his father in 1994, Kim Jong Il, the current “Dear Leader,” of North Korea has picked up where Dad left off: torturing, starving and murdering his own people in an effort to keep control.  “Kimjongilia,” is a testimonial of those lucky enough to escape, and the harrowing story each one has to tell.

The premise of the film is simple: each person, one at a time, talk of the abuses, atrocities and horrible things that befell them, their friends and their family while living in North Korea.  This footage is cross-cut with some of the country’s propaganda films, showing smiling people, abundant food, and good times.  There are no good times in North Korea.

When one looks at “Kimjongilia,” one has to separate the stories and the testimonies from the movie itself.  The stories are amazing.  Fascinating.  Appalling.  However, it’s the presentation of these stories that were lacking.  Footage from inside North Korea is practically non-existant.  No dictatorship want to have their shortcomings, (and in North Korea, there’s a lot of those,) on display to the rest of the world.  So director NC Heikin has chosen to represent the plights of her interview subjects with interpreative dance.  A female dancer, dressed in the clothes of a North Korean traffic cop, dances and writhes around while people talk about atrocities.  That didn’t really work for me.

Where the film soars is, obviously, in the testimonials, but it’s also the wide array of propaganda films that are on display.  They’re interesting, bizarre and visually compelling.  It’s also fascinating to imagine what is going on right out of the camera’s frame.  However, it’s the dance interpretations that seem to drag on at times, and leaves a viewer restless.  (Not a good sign when the movie’s only 75 minutes long.)

“Kimjongilia,” is an important story that needs to be told.  It needs to be screamed from the rooftops.  However, I don’t know if the movie does justice to the millions of destroyed or broken lives left in the wake of Kim Jong Il’s reign.  -Sam