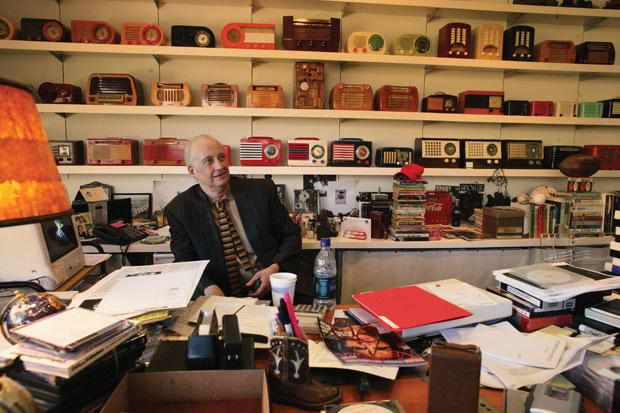 “The best way to respond to bad advertising is to make good advertising.”  That’s how director Doug Pray introduced his most recent movie, “Art & Copy” at the IFFB.  The movie is a study of the history of advertising over the last 50 years, starting in the 1960s and moving into today.

Pray opens by showing the ad campaign for the Volkswagen and the political ad that sunk Barry Goldwater’s 1964 presidential campaign.  He then moves to the people who made the ads.  What made them want to get into advertising?  Like most people, you can look to their childhood to see the origins of who they would become.  George Lois, Jeff Goodby and Lee Clow all can trace their roots in advertising back to childhood.

The movie then moves forward, focusing on the Macintosh ad that ran during the Super Bowl, creating a demand for the computer.  (They didn’t even show one in the ad.)  There’s the “Got Milk?” campaign that has spawned 1,000 knock-offs and bad jokes.  There’s the “Just Do It” campaign for Nike that not only sold shoes and sports equipment, but also became a mantra for so many people.

And that’s what makes “Art & Copy” so interesting and so fascinating.  Pray doesn’t just focus on a successful commercial.  He focuses on what it makes a viewer feel.  He examines how the ad tapped into a feeling that everyone was having but couldn’t say.  Ronald Reagan’s “Morning in America,” helped him win reelection in 1984, but it also summed up the way a lot of people felt at the time.

Pray also looks at how advertising and messages are conveyed today.  He interviews a third generation billboard poster hanger.  He also films a rocket taking off, carrying another satellite to help beam stories and products around the world.

The entire film is hypnotic, sucking you in and sweeping you along.  The world presented is so incredibly fascinating and the people in the movie love what they do so much, it’s hard not to just follow along.

If you ask someone if they like advertising, the answer is no.  And if you ask the subjects of this movie, they’d say the same thing.  However, if you ask someone if they like good advertising, if they remember how a commercial made them feel, even if they don’t remember the product, they will most likely say yes.  Advertising is about communicating to people.  “Art & Copy” is a wonderful conversation about communication and about feeling.  It is one of the best movies I’ve seen this year.  I highly recommend it.  -Sam