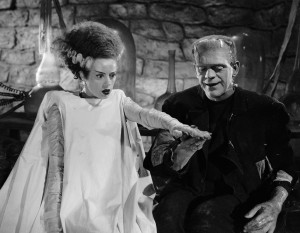 Universal Studios and Imagine Entertainment are remaking the classic ‘Bride of Frankenstein,’ which comes as no surprise. The studio has continued to remake their back catalog, occasionally really, really, messing them up with films like ‘Van Helsing.’

The original classic was director by James Whale in 1935, and starred Elsa Lanchester. Neil Burger (The Illusionist) will direct a script he’s co-written with Dirk Wittenborn.