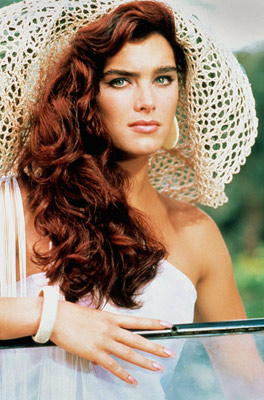 In the 1990s, filmmakers seemed obsessed with taking old school children’s entertainment, updating it to film, and releasing it on an unsuspecting public, believing that parents would take their kids to try to introduce them to the things they loved growing up.

There was “Dennis the Menace,” “The Little Rascals,” “Rocky and Bullwinkle,” “Dick Tracy,” and, the first film that set off the others, that showed that producers who chose to ignore the fate of this film were doomed to find the same thing happen to their own films, that first terrible comic book film for a certain generation was Brooke Shields’ “Brenda Starr.”

Created in 1940, Brenda Starr was the lead reporter for a newspaper in Chicago, who always succeeded in getting the scoop in a world that was dominated by men.  Taking the character and re-introducing her to a new generation seems like a good idea.  Oh, how wrong it all went.

As the movie opens, Brenda Starr is in the midst of a typical comic-strip deadly situation, perched on the ledge of a tall building, trying to get a scoop for hew newspaper.  Meanwhile, the cartoonist drawing the strip complains about Starr’s typically ridiculous dress and behavior.  However, Starr, on the drawn page, starts to talk back to him.  Suddenly, he’s somehow sucked into the comic strip and has to find his way out as Brenda trots around the globe, tracking the next big story.  I say that the cartoonist is ‘somehow sucked into the comic world’ because the scene is so poorly cut together that I’m not completely sure how it happened.  And that’s a common complaint with this movie.  It’s so poorly put together that I had no idea what’s going on.

The movie was shot in 1986, and wrapped two days before Timothy Dalton would go off to shoot his first James Bond movie, “The Living Daylights,” but “Starr” wasn’t released until 1992.  (As if time would make this any better.)  The film was funded reportedly by a Saudi Arabian sheik with a Brooke Shields fetish.  So, her constant costume changes and perfect hair and make-up at all times makes a little more sense, but not a lot.

The film is a mish-mash of ideas and characters.  Sometimes things are played in a strange post-modern way, where the characters know they’re in a comic strip and act accordingly.  Sometimes the movie is slapstick, with people being thrown into water and cartoon noises augmenting people being hit or falling.  Actually, ‘mish-mash’ is the wrong phrase to use.  The correct word is ‘mess.’  This is a mess of a movie.

Who the audience is supposed to be, I don’t know.  Sometimes there are jokes designed for kids not to get and for the adults to chuckle at, and other times, the cartoonist sucked into the cartoon world says ‘shit’ a lot.  So, it’s not a kids movie, yet the childish noises and one-dimensional characters and plot could only exist to delight children.  Maybe only Saudi Arabian sheiks with Brooke Sheilds fetishes can enjoy this movie.  I don’t know.  All I know is that, while I was intrigued for years about what this movie could be like, I got an answer that made me seriously regret showing any interest at all.  You might think you want to see this movie; trust me, you don’t.  -Sam