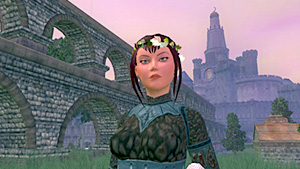 IFFBoston 2008 fav ‘Second Skin,’ is finally seeing a DVD release! The film will come to DVD after a limited theatrical run in select cities. The film first screened at South by Soutwest in 2008, and then did a tour of various festivals around the country.Second Skin is a film about games like World of Warcraft, Everquest, and Second Life, and the people who play them. Read our review from IFFBoston here.

“I am unbelievably excited about the release of Second Skin,” said Juan Carlos Pineiro Escoriaza director of Second Skin. “The response from audiences at South By Southwest and film festivals across the globe has been absolutely overwhelming. I’m in awe that we’ve come this far and are finally at the precipice of its theatrical and DVD debut.” The film is being released at a very relevant time, as World of Warcraft has just been in the press over the feature film coming from director Sam Raimi.

I’m very excited about this release, and would like to congratulate the folks behind Second Skin and their production company Pure West Films. Check out the new trailer below: