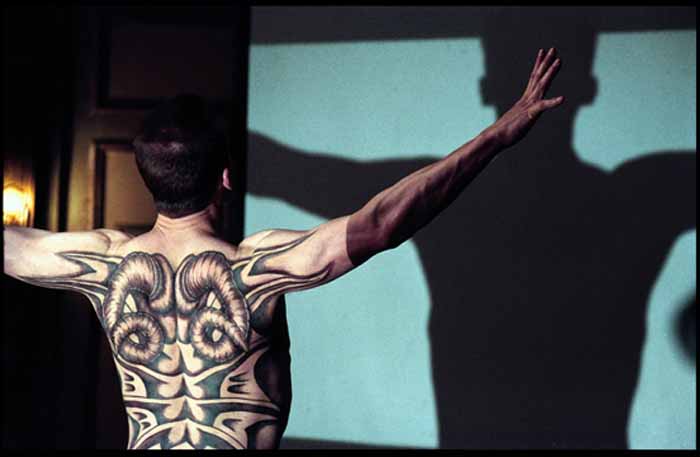 In 1981, Thomas Harris introduced the world to Hanibal Lector in his book “Red Dragon.”  Lector was a supporting character, while the lead was serial killer investigator Will Graham.  In 1986, Michael Mann made the first film version of the film, re-titled “Manhunter.”  And in 2002, Brett Ratner revisited the story in the wake of the popular “Silence of the Lambs,” and “Hannibal,” films.

However, Ratner blew certain things out of proportion.  Namely, Hannibal Lector.  In the book and in Mann’s movie, Lector was a supporting character.  Not in Ratner’s film.  Working with producer Dino di Laurentiis, Lector’s presence in the movie was heightened, and really, the balance was tipped in an odd way.  The movie kept making you wonder where Lector was and why he wasn’t in the scene you were watching.  That wasn’t the point with this story.

So, fan editor CCB took up the challenge.  Can you repair a movie whose balance is all out of whack?  Can you resist the urge to keep Lector out of sight and out of mind?  The answer, is ‘yes’ on all counts.

The biggest edit CCB made was to remove the 10 minute prologue, showing the capture of Lector.  Instead, the movie gets off to a shocking and quick start, with Will Graham being approached to come in and oversee the search for a serial killer.  The character of Francis Dolarhyde is also played up, which benefits Ralph Finnes greatly. He’s no longer competing with Lector.  Here he’s given his whole movie to play the villain and he runs away with the show.

Clearly, CCB is not the biggest Ratner fan.  (The credits here have been changed to read, ‘A film by Brat Ratner.’)  (Also, I can’t say I blame him.)  However, CCB has done a good job in ‘de-Ratner-ing’ the story.  You could also say he ‘de-Lector-ized,’ things, which is also, a really good thing.

The big question that CCB considered constantly was this; “was this in, or mentioned in the “Red Dragon” book?”  If the answer was yes, it stayed.  If the answer was no, it was kicked to the curb.  What we’re left with is a movie that, while not perfectly paced, is an excellent adaptation of Thomas Harris’ book.  Books, (even from writers like Harris,) aren’t always the most cinematic of things.  However, if you know the story, love the story, and want to get the taste of Ratner (and Michael Mann,) out of your mouth, by all means, check out “Red Dragon- the Manhunter Edition.”  -Sam