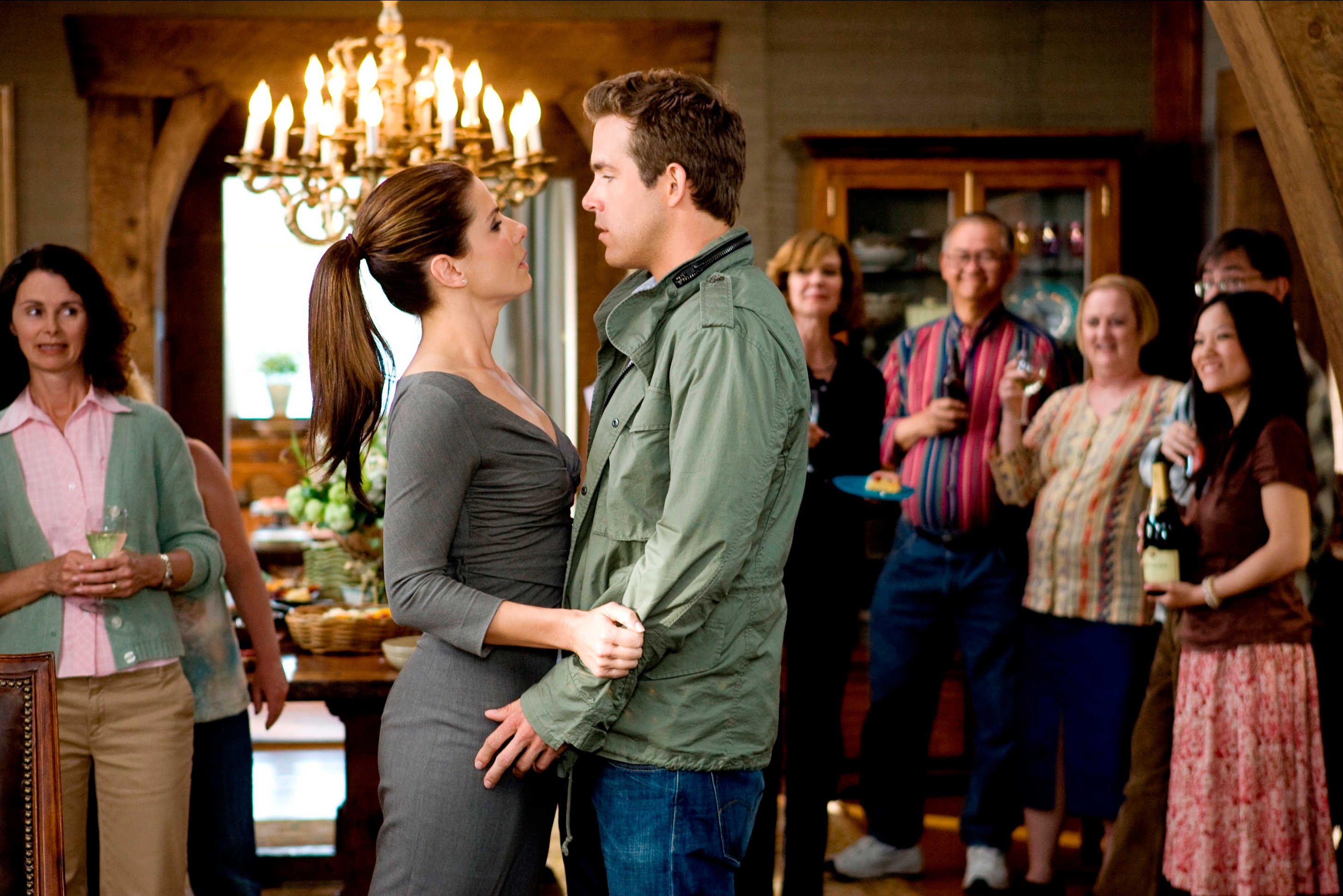 It’s not like you haven’t seen this one before.  Two people don’t get along, they’re forced together… Will they find love?  In Sandra Bullock’s movie, “The Proposal,” writer Pete Chiarelli shakes things up a little bit.  (But only a little bit.)In this scenario, America’s favorite sweetheart is not the charming wallflower she usually portrays.  Here, she’s the powerful editor-in-chief of a huge book company in New York.  Her assistant is played by Ryan Reynolds.  He quietly takes all the abuse she throws his way with a smile.  Well, at least, to her face.  To everyone else, they can see how miserable he is.  Why doesn’t he quit?  Because he’s a struggling writer as well, and sees this as a major connection in his career.  One day Bullock finds out that, as a Canadian, she hasn’t completed the right paperwork and is about to be deported.  That’s when Ryan Reynolds walks in.  She announces to the INS agent and her bosses that they are engaged.  Everyone’s shocked.  All they’ve seen is her abuse him.  Reynolds is too scared to disagree.  In fact, he plays along, and says they’re going to his hometown of Sitka, Alaska.

Of course, when they get to Alaska, Bullock finds out that Reynolds is really a nice guy, with a nice family in a wonderful town.  Will these two crazy kids find love?  What do you think?

There’s nothing new in “The Proposal.”  In fact, pretty much everything in it you’ve seen before.  Multiple times.  However, there is something about it that, while it doesn’t win you over, isn’t a complete waste of time.  Bullock is always entertaining, no matter how terrible the movie and she’s no different here.  Reynolds is his usual self and, depending on whether or not you like him is what you’ll think of him here.  I found him a neutral to the proceedings, neither adding or taking away from the story.  What makes a story like this work is the nuts in the hometown setting.  With Betty White playing Reynolds’ grandmother and Oscar Nunez, (best known for playing Oscar on TV’s “The Office,”) they are entertaining and just crazy enough to keep you watching.

“The Proposal,” is that kind of movie that, no matter what I say, by this point in the review, you know whether or not you’re going to see it.  If you do, I don’t think your outlook on life will change, but you may be entertained for a couple of hours.  -Sam