The first picture from Steve Carrell and Tina Fey’s new movie, “Date Night,” has been released.  The story is about a long-married couple who try to revive their relationship by going out on dates together as different people.  Sounds like a good idea, well, that is, until they run into a case of mobsters and there’s a some mistaken identity hi-jinks.  The movie is directed by Shawn Levy, who directed the first Steve Martin “Pink Panther” movie as well as both “Night at the Museums.”  Hopefully this will be funnier than those movies.  The movie will be released next April. 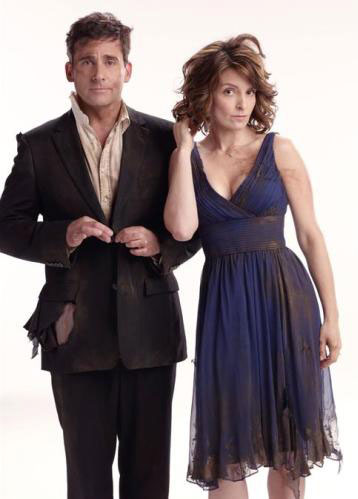