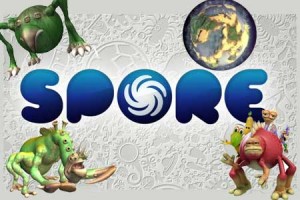 Fox and Electronic Arts are coming together to turn “Spore” into an animated film. Chris Wedge of ‘Ice Age’ fame will be directing the CGI film.

‘Princess and the Frog’ writers Greg Erb and Jason Oremland will be writing the script for the film based on the Will Wright game. Wedge told Variety, “I’m always looking for unique worlds to go to in animation. From every perspective — visually, thematically and comedically — the world of ‘Spore’ provides the potential to put something truly original on the screen.”

Ice Age has been an enormous success for the studio, so its no surprise their looking for new original properties to lock into. I’m not quite sure what sort of film can be spun off from ‘Spore,’ but it definitely has me curious.

Spore has sold 3.2 million copies, and has spawned a huge online database of user created creatures. EA has deals to produce ‘The Sims,’ ‘Army of Two,’ ‘Dante’s Inferno,’ ‘Dead Space,’ and ‘Mass Effect’