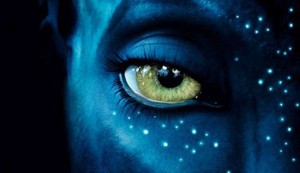 Having been forced to wait over a week to see it, it’s been hard for me not to be influenced by what other people had to say about it. Universally, the consensus from my peers has been, see this movie.Now.Up until then, I’d avoided every single piece of promotional information, review, and no opinion greater then 140 characters. A daunting task considering ‘Avatar’ is probably the most hyped movie since the new Star Wars trilogy.

So what did I think? (Note: I seriously recommend you just see the movie and not read this review, I’ll try to keep the detail to a minimum)

‘Avatar’ tells the story of Jake Sully (Sam Worthington), a former Marine who lost his legs in the line of duty, and his adventures on Pandora, a world that takes six years to travel to from a [what is suggested to be] a dying Earth. Jake is taking the place of his dead Brother, who had trained to control through a “mind-connection” a genetically engineered Na’vi, the 10-foot tall blue indigenous population of Pandora. With little training, and a lot to prove, Jake takes on this task with one thing in mind, to prove everyone wrong.

Which he does, by earning the trust of the Na’vi, through Neyti (Zoe Saldana). The Na’vi decide to train this foreign warrior in their ways. The humans looking to take over Pandora to mine it for their own personal gain see this as an opportunity to learn what the Na’vi want in exchange for allowing the Humans to mine for their ore. Others, like the hardass Colonel Miles Quaritch (Stephene Lang) see this as an opportunity to learn the weakness of the Na’vi, and exploit it if they need to.

James Cameron has fully succeeded in creating a world that feels incredibly real, a culture of creatures that make you question whether or not what you are looking at is actually CG. The detail in the Na’vi down to their teeth made me wonder how long it must have taken to individually animate each one of these characters. The detail in everything, from the moss on the trees, to the individual pieces of splintered wood, this movie looked amazing. The CGI at work here is leaps and bounds beyond anything we’ve seen in the past decade, and its ironic that it comes at the end of it.

The story is essentially Pocahantas, Dances with Wolves, and Fern Gully all tied in-together, but honestly, I have no qualms with that. Cameron makes you so familiar with the world you are in, that you buy all of it. Performances were as good as they could have been all around. Sam Worthington is excellent, say what you will about this guy, I dig him, he was the best part of Terminator: Salvation, and he shines here.

All-in-all, I loved this movie, right down to its very core. So in short, what is ‘Avatar?’ It’s a journey, an enjoyable one, and a journey I recommend everyone to embark on. And please. Only in IMAX 3D.