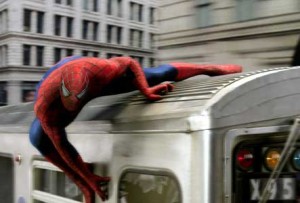 The Internet is abuzz with rumors, speculation, and some reports about Raimi being let go by Sony, and the film being handed off to a helmer to be named.

Last week Raimi announced that he’d be unable to complete the next Spider-Man by the studios target date, and also meet his own goals creatively on the film.

So, Sony gave that a big eff you, and decided to go with a script by scribe James Vanderbilt, and reboot the entire franchise with a new cast. Part of me agrees with this, Raimi has spent the past decade living and breathing Spider-Man, and if another film must be made, so be it. Frankly, the collaborations last outting certainly left something to be desired.

Anyone think they’ll turn to James Cameron and his unproduced treatment? Most likely not. So, here’s watching. Who else could you see don those tights?