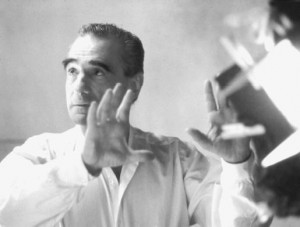 Scorsese has announced his next film, an adaptation of ‘The Invention of Hugo Cabret,’ to begin lensing in June.

The book tells the story of a child orphan, who was working to fix a Mechanical Man. After his death, Hugo, attempts to complete is fathers work in a 1930s Parisian train station. Written by Brian Selznick the childrens book has won numerous awards, including the 2008 Caldecott Medal, and a finalist for a National Book Award.

Scorsese has a lot of films in different stages of development, like ‘Silence,’ ‘Wolf of Wall Street,’ and a Sinatra biopic, but ‘Invention’ will definitely be his next project.

It sounds like a very interesting story, and I can’t wait to see Scorsese’s vision of this interesting illustrated story. Perhaps this will be the first film Scorsese makes that is for all audiences, now that is something I’m interested in seeing.

One thought on “Scorsese Picks ‘Invention’”