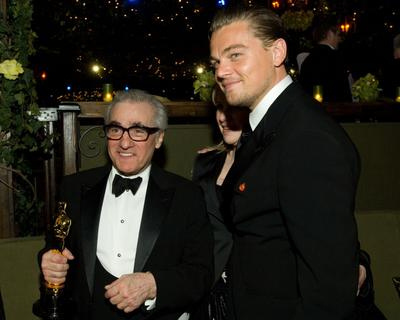 On the red carpet for ‘Shutter Island,’ Scorsese gave a little tidbit that a lot of people will be happy to hear, it seems quite possible that he will follow up ‘The Invention of Hugo Cabret’ with the long awaited Sinatra biopic.

Scorsese told a Hollywood Reporter Blogger that “Frank will do the singing. But we’re waiting for a finished script.” I’m sure LR contributor Ben is quite excited about this news, he’s been waiting this one since it was just a rumor.

So if the film does move forward, Leonardo DiCaprio will play Frank Sinatra, but we won’t be doing the singing.