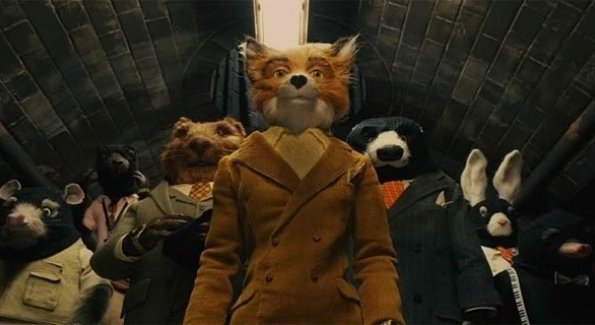 Reviewing a filmmaker’s swing at the children’s genre is usually pretty difficult and on par with reviewing a musician’s Christmas record and trying to make sense of it with the rest of their catalogue.  However, Wes Anderson’s “Fantastic Mr. Fox,” is not like most children’s films.

“Fox,” is based on the children’s book by Roald Dahl, best known for writing “Charlie and the Chocolate Factory.”  However, when you see this latest adaptation, you wonder if it wasn’t written especially for Wes Anderson.

Mr. Fox is a sly, cunning, witty, quick, entertaining and enjoyable kind of character.  A life-long thief, he volunteers to stop his career after his wife tells him that she’s pregnant.  He takes up writing a column in the local paper.  However, this life of tranquility doesn’t last too long before Mr. Fox is compelled to take up his criminal activity, this time stealing from Boggis, Bunce and Bean, three farmers who do not take kindly to the thefts.

Adapting the book along with Noah Baumbach, Anderson made some changes to the story, adding what is now a familiar theme of sons trying to please their fathers.  The ending of the movie is also different, but is based on an original ending that Anderson found in Dahl’s notes.  And while the movie is an adaptation, there is so much of it that reeks of Anderson’s self-written work.  “Fantastic Mr. Fox,” is a movie that revels in the details.  From Mr. Fox dressing very similar to Anderson himself, to the decision to shoot the movie at 12 frames a second instead of 24, allowing you to clearly see the fur of the animals move as the animating process was going on.  Anderson wants fingerprints on this movie and he gets it.  It’s what makes the movie so rich.  You can feel the presence of Anderson and his animators behind the camera.

The voices are also wonderful, provided by some of Anderson’s usual cast, some featuring new additions to the world that he’s building.  George Clooney is Mr. Fox, and Meryl Streep is Mrs. Fox.  Jason Schwartzman plays Ash, the Foxes son, and Bill Murray plays Badger, Mr. Fox’s attorney.  (Also look for a rabbit wearing an orange neckerchief.  His voice is done by celebrity chef Mario Batali.)

It may not be for some children, (those who don’t like discussions of existentialism, for example,) or some adults, (those who can’t loose themselves in Anderson’s make-believe world,) but if you’re a fan of Wes Anderson, you’ll like this.

Like the rest of Anderson’s work, “The Fantastic Mr. Fox,” is an acquired taste.  While some directors open up, making movies that are more easily accessible for a wider audience with each film, Anderson is almost going down his own foxhole.  If “Darjeeling Limited,” shed some of his fans, “Fantastic Mr. Fox,” will probably shed even more, with them charging that Anderson is now only interested in entertaining himself.  However, with each movie, I find enough overlap with what fascinates him with what fascinates me.  -Sam