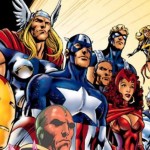 Joss Whedon, the creator of Buffy, Serenity, and a host of other short-lived Fox shows (of course minus Buffy) is in final negotiations to direct ‘The Avengers.’

‘The Avengers’ is the superhero film we’ve all been waiting for, where characters in all the recent Marvel Studios adaptations will team up for one epic movie. The avengers movie has been hinted in the other Marvel films, a cameo by Nick Fury at the end of Iron Man, etc.

‘The Avengers’ will follow the debut of Captain America in ‘The First Avenger.’ It is expected that Edward Norton, Robert Downey Jr, Chris Evans, and the actors that are playing other major characters in subsequent movies will reprise their roles in this film.

Definitely psyched for this one.

One thought on “Whedon to Direct Avengers”