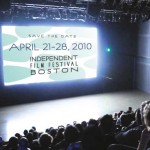 IFFBoston is now less then a week away! And we’re getting excited over here at Lonelyreviewer!

Our coverage will begin with spotlights on films next Monday!

The opening night film is ‘The Extra Man’ starring Kevin Kline. The actor  will be in attendance accepting the IFFBoston 2010 Career Achievement Award.

The film is directed by Shari Springer Berman and Robert Pulcini (American Splendor) and based on the novel by Bored to Death creator Jonathon Ames.

Opening night is Wednesday April 21 at the Somerville Theater, get your tickets for this screening here.