It’s a challenge picking what movies to see at any film festival, but the programmers at IFFBoston make it even harder because everything they pick is a winner. I can honestly say you could catch just about any screening at IFFBoston and it’d be a film you’d recommend to all your friends. It’s hard to decide what you want to see, because you feel a bit like a kid in a candy store, you want to try (or in this case see) everything.

So I decided, I’d go down the list, and share with you what I think would be films to check out each day of the festival. The opening and closing night films are obvious not-to-be missed events. ‘The Extra Man,’ starring Kevin Kline opens the festival, and James Franco’s doc ‘Saturday Night,’ a week as a fly on the wall at Saturday Night Live, closes it. But what else should you check out?

Here is what I’ll be checking out at the festival. Of course, and I can’t stress this enough, everything is worth checking out, but these are the films I’m most excited about. 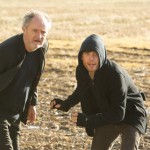 Michael McCrea (Cillian Murphy) owes money to gangster Darren Perrier (Brendan Gleeson). But those aren’t the only problems he’s got, his neighbor Brenda’s problems with her man, and his estranged father Jim (Jim Broadbent) showing up, but time is of the essence to when you owe money to a gangster. The film looks gritty, and filled with talent, and definitely not to be missed.

Taqwacore: The Birth of Punk Islam

Inspired by Public Enemy and Malcolm X, Michael Mohammed Knight left Rochester NY to study at a madras in Pakistan. After converting to Islam, Knight self-published a fictional book called The Taqeacores, envisioning a Muslim punk scene. His book then inspired a movement, and Muslim punk bands began to spring up all over the country. The film traces this movement, to a tour of Muslim punk bands across the United States. 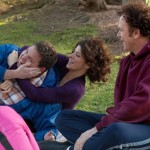 Written and directed by brothers Mark and Jay Duplass, the film tells the story of John (John C. Reilly) and his search to meet someone new. He’s urged by his friend Jamie (Catherine Keener) who is about to remarry to go with her and her fiancé to go to a party. He meets Molly (Marisa Tomei) and they fall for each other, but there is one problem, her 21-year old son Cyrus (Jonah Hill). Cyrus schemes to destroy the new relationship, and John fights to maintain it.

Casino Jack and the United States of Money

This documentary feature from filmmaker Alex Gibney (Taxi to the Dark Side, Enron: The Smartest Guys in the Room) tells the story of Jack Ambramoff, a political lobbyist who in 2008 was convicted of fraud, conspiracy, tax evasion. The film examines his rise as the chairman of the College Republicans, to becoming the Washington insider who defrauded the Casinos of American Indian tribes. 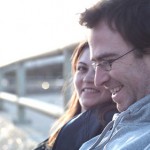 Co-written by director Ben Wheatley and actor Robin Hill, Down Terrace tells the story of a crime family as they attempt to restore their business dealings following jail time. All Bill (Robert Hill) wanted to do was use LSD and write poetry, but, his family forced him into the family business, a life of crime. Now he’s dealing with a leak in his organization, and the idea of his son Karl leaving the family business. All Karl (Robin Hill) wants is raise the child he’s having with his girlfriend Valda (Kerry Peacock).

Echoing the film ‘Second Skin,’ a favorite from the festival a few years ago that focused on people obsessed with World of Warcraft and other Massively Multiplayer games, Life 2.0 focuses soley on Second Life. The director Jason Spingam-Koff adopts an avatar, and seeks to fully engage himself and explore the world of Second Life. He gets to know the citizens of the online world, and documents who he meets, following his subjects both in the virtual world, and in reality. He asks questions from “is an online affair cheating,” and where do the guidelines and laws exist in a virtual world.

Director Adrian Grenier (Entourage) was caught off-guard by a fast-talking kid who was among other photographers half his size. The 13-year old has to be the youngest of his kind, hounding celebrities for the perfect shot. The portrait of this photographer is merged with commentary from Paris Hilton, Matt Damon, Alec Baldwin, and more, giving the audience insight on this strange but fascinating culture.

Director David Bond decides to see in this information age, how long he could go missing, and how long it takes a private investigator to find him, with only minute traces left behind. Bond and his co-director Melinda McDougall explore how much personal information exists in corporate and governmental records, and whether or not its possible to evade detection. 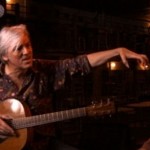 Boston Globe staff writer Geoff Edgers is a huge fan of the Kinks, and he’s about to set out on a quest to get the band in the same room to play some songs. The film is as much about Edgers life as it is about the Kinks, and director Robert Patton Spruill captures the uphill battle, and the various personalities he meets along the way. Both Spruill and Edgers will be in attendance at the screening of this exciting documentary.

This Spanish language film tells the story of Juan Oliver’s (Alberto Ammann) first day at work as a prison guard. An accident leaves him unconscious, and when he wakes up, he is trapped in the middle of a rebellion led by a dangerous prisoner, Malamadre (Luis Toser). 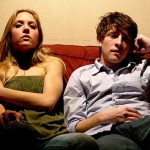 Neglected by his parents, mocked by his classmates, invisible to the cool kids, Archibald Holden Buster Williams (Gabriel Sunday) decides for his video class project, he will kill himself on camera. David Lee Millers film is a film for the YouTube generation, from industrial-film stock footage, to computer animation, the film explores identity, perception and reality. The film has won the Grand Jury Prize at Gen Art, and has received 19 awards to date, including the Crystal Bear for Best Picture at its world premiere at Berlinale.

The Elephant in the Living Room 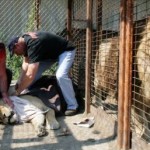 the deadliest and most exotic animals on earth as common household pets. The story follows the journey of two men at the heart of the issue. One, Tim Harrison, an Ohio police officer whose mission is to protect exotic animals and the public, and the other, Terry Brumfield, a big-hearted man who struggles to keep two pet African lions that he loves like his own family. “The elephant in the living room” is a common English idiom for an obvious truth that is being ignored. In many parts of the United States, it is legal to raise lions, tigers, venomous snakes, primates and crocodiles in suburban homes as family pets and no one is talking about it. Until now. Written, produced and directed by Michael Webber, the film is his ‘passion project,’ and truly brings light to the Elephant in the room.

The Killer Inside Me

From director Michael Winterbottom comes the adaptation of pulp writer jim Thomson’s ‘The Killer Inside Me.’ It tells the story of a handsome, charming, unassuming small-town sherrif’s deputy named Lou Ford (Casey Affleck) and his life in a West Texas town in the early 1950s. The noir-ish tale shows Ford juggling his girlfriend Amy (Kate Hudson), the prostitute he’s in love with (Jessica Alba), and himself.

Last year, one of the most controversial pieces of state legislature passed, Proposition 8, which revoked the right of same-sex couples to marry in California. The documentary takes a close look at one of the most expensive political campaigns in the history of California, and the involvement of the Mormon church, which clandestinely, and often illegally, bankrolled the campaign.

The Good, the Bad, The Weird 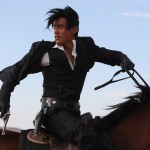 Set in the 30s, this Korean language film takes places in the Manchurian desert, where lawlessness rules, and ethnic groups clash. One, the “Good” is a bounty hunter. The “Bad,” is the leader of a group of bandits. The “weird” is a train robber with nine lives. The western is directed by Ji-woon Kim (A Tale of Two Sisters).

Tuesday nights films are documentaries screening at the Institute of Contemporary Art in Boston. The first is ‘Marwencol’ directed by Jeff Malmberg, the film documents the life of Mark Hogancamp, and his struggle to relearn how to eat, walk, speak, and write. For his therapy, he builds a fictional town, and creates elaborate stories of love, loss, danger, jealousy, and bravery. 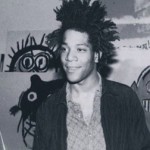 The second film of the evening is ‘Jean-Michel Basquiat: The Radiant Child.’ The film is a comprehensive introduction to the tragically brief career of Basquiat, and combines never before seen interview footage with commentary from friends and Basquiat’s contemporaries. Directed by Tamra Davis, the film focuses not only on the artists talent, but his personal relationship with his art and community.

In addition to these great feature films, there are also various narrative and documentary short film packages that are not to be missed. In total, IFFBoston has over 100 films this year, and unfortunately there is absolutely no way to see them all. Trust me. I would if I could. Hopefully my guide here has helped you make some decisions, but to echo what I said earlier, you could blindly pick one of these 100+ films and still have a great time. See you opening night!

For tickets to any of these screenings click here.