After a late night party, a group of friends are awoken in the dead of the night by an eerie light beaming through the window. Like moths to a flame, the light source is drawing people outside before they suddenly vanish into the air. They soon discover an otherworldly force is swallowing the entire human population off the face of the Earth. Now our band of survivors must fight for their lives as the world unravels around them.

The brothers company is responsible for the effects work in films like 300, Avatar, Benjamin Button, and Iron Man 2. Having not seen anything other then this one frame, I’m definitely curious. 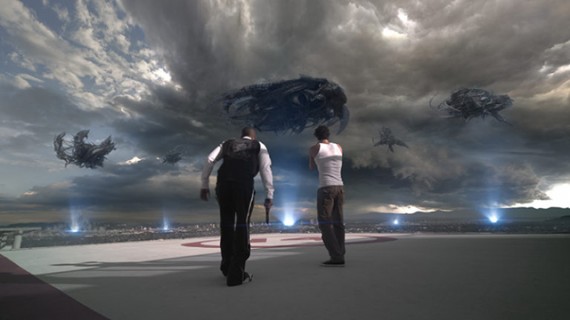