This is a new weekly column that will take a look at what is going on the ol’ boob tube! Wait. I don’t believe my TV has any tubes…

Everyone’s favorite Doctor is back in its 7th season, and it picks up literally where the last left off. (Quick Recap) Season 6 ended with House losing his patient, and running home to his last stash of Vicodin, and being stopped by Cuddy, who is most definitely not a hallucination this time around.

Cuddy and House spend the entire day at House’s apartment, basically building a foundation of their relationship. It is clear that much of this season will involve the “Huddy” relationship, and how it affects them and the rest of House’s staff and friends.

I love House because despite its repeating formula, the side stories of the characters are what keep the audience engaged. And occasionally, they do an episode unlike any of the others (I’m looking at you last years special season premiere that was essentially a mental hospital drama).

I think the season is definitely off to a good start and I can’t wait to see where it goes. 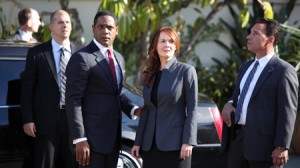 ABC’s last Lost replacement failed (Flashforward, which I got into and was sad to see it canceled), so now NBC is stepping up to the plate with a new event drama, called…The Event.

The first episode was thrilling, edge of your seat action, but honestly, I have no clue what direction the show is headed in. Am I interested? Yes. But the pilot focused so much on the “crazy” event that we didn’t get to learn more about the characters. Stay tuned for episode 2 next week.

Fresh off their Emmy wins, the ABC sitcom returns with a strong episode featuring an amusing situation with Cam and Mitchell trying to put together a castle for Lily, and Jay lending a hand. I enjoyed this show right away last year, and I’m glad to see it return.

Everyone is waiting to see how this season goes, we all know its Steve Carrell’s last, who will take over, what new story arcs will this season bring? The premiere introduced the new office assistant, who just so happens to be Michael Scott’s nephew. I enjoyed the episode, especially the lip-sync open. Off to a good start, I hope they can sustain it. 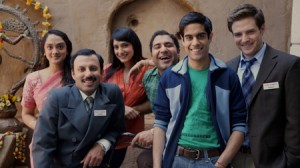 NBC’s new culture shock comedy telling the story of Todd Dempsy (Ben Rappaport) as an American office manager sent to India to manage a Mumbai call center staffed with a bunch of misfits. The pilot wasn’t anything that blew me away, but it has potential to grow. I’ll give it a few more chances, as long as it stays away from the heavy Indian stereotyping.

Didn’t make it through past the first commercial break. (Sorry CBS) I may give it another chance…

Shows I missed before writing this article: Lone Star, Boardwalk Empire, Bleep My Dad Says, and Fringe. I’ll follow up before the end of theweekend with an update of those shows!