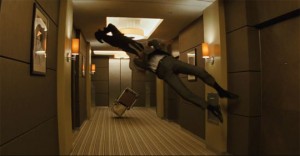 I was excited at the prospect of dusting off my Lonely Reviewer cap and jumping into the fray again by discussing this year’s top Oscar nominees and my predictions and hopefuls. If you’re going to make a triumphant return, why not dive back in during one of film’s busiest, buzziest times? Then I got the list of nominees and realized that I’m really more qualified to discuss film during its other busiest, buzziest time, tent-pole season. Damn, I missed the boat on a lot of these films in the top categories. So unfortunately, my discussion may not be the most informed (really, more Oscar nominees need to star Spider-man), but here’s a popcorn flick perspective on this year’s frontrunners.

Best Picture – Actually, of the now-exploded-to-10 list of nominees, I’ve got a pretty good beat on the category, as I’ve seen 4 of the 10 flicks (sadly, this is the best record I’m going to have for this whole discussion). To-date, I have seen Inception, The Social Network, Toy Story 3, and Winter’s Bone. Of these films, my gut, my core, the nerdiest fiber of my being wishes, nay, demands that Inception take the statue home. Was it the best film of the category? Probably not, but Hollywood should be rewarded for putting out a film that was not only innovative, gripping, and interesting, but also had mass-appeal and cultural cache for a good amount of time. Almost everyone thought this movie was great and the whole world watched and celebrated it. Should that not be the best picture of the year? Well, stifling the nerd in me for a moment, no, it probably shouldn’t. Inception was a great movie, it was well acted, well directed, well written, well shot, a beautifully executed movie, but it lacked emotional depth. It hooked you with its premise, but its hook was the puzzle, not the characters. And for a film to be the best, I think it needs to have that human element as well. Which is why my pick for Best Picture is going to be The Social Network. Here, the point of the film was the main character’s lack of emotional depth. Fincher’s film was a looking glass into the making of one of our culture’s most prevalent trends: social networking, and for a film about the creation of a website, it was gripping from a character standpoint, and it was technically subtle and brilliant at the same time (the execution of creating the Winklevoss twins was such a technical marvel and most [including myself] didn’t even realize they were witnessing something beyond what they were seeing). The Social Network had mass appeal, interesting characters, emotional depth, excellent execution, and was just a great, great movie. Come on, Academy, give Fincher his due!

Best Director – I’ve only seen The Social Network in this list, but I can absolutely see an argument for Fincher to take home the Oscar here. He’s often accused of being a cold, calculated observer in this movies, but in the case of The Social Network, it actually works, given the story and the characters. Not so much a vote for nor prediction, but I wouldn’t be displeased if Fincher took home the gold. Also, random question: How does your film get nominated for Best Picture but you don’t get nominated for
Best Director? Does the film succeed despite you?

Best Actor in a Leading Role – Again, hobbled by the fact that I’ve only seen The Social Network, this category only leaves me with the opportunity to talk about Jesse Eisenberg. Eisenberg’s performance was stellar, his delivery of Sorkin’s script was great and fun to watch. That being said, it didn’t quite strike me as an Oscar performance. I don’t think he’ll win this one. Which is probably ok, as Eisenberg is growing more and more interesting to me as an actor. I don’t think I’m ready to see him laden with an Oscar just yet.

Best Actress in a Leading Role – Of the nominees, I have only seen Jennifer Lawrence in Winter’s Bone. However, I firmly believe that her performance is the reason that Winter’s Bone has landed in the Best Picture category. Lawrence was the weight of this film and she absolutely stole the show (amongst other great performances). I would not be at all surprised if the celebration of this film ultimately came down to Lawrence on Sunday night as she accepted this award.

Best Actor in a Supporting Role – Having only seen The Town, I can say that Jeremy Renner’s performance was good and certainly captivating, but I don’t think its captivation lingered beyond the film. He served his purpose in the film and did it well, but I have to admit that I was surprised to see his name listed here. My guess is that the award will come down to either Bale or Rush. Definitely not Renner, though.

Best Actress in a Supporting Role – I have seen none of these! So I’m going to go ahead and blindly pick Hailee Steinfeld because I haven’t picked a Coen brothers-related choice yet, and I love me some Coens.