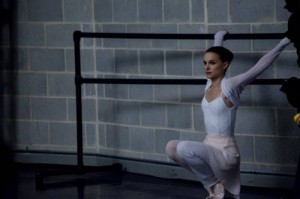 Looking over the names and movies nominated, it appears that 2010 was a pretty good year at the movies, critics be damned. Sure, audiences had to sit through “Sex and the City 2,” “The Last Airbender,” and “She’s Out of My League,” but people always
remember 1994 as the year of “Pulp Fiction,” and “Heavenly Creatures,” and not as the year of “Nell,” “Mary Shelly’s Frankenstein,” and “3 Ninjas Kick Back.”

So, here are my picks for who will be winning the Academy Award come February 27th.

You could give Christian Bale this award for any role he’s played in the last 5 years, (okay, maybe not that Terminator movie,) and it’d be well deserved. As the screw-up older brother to Mark Wahlberg’s Mickey Ward, he’s wonderful. Also he does the Massachusetts accent without sounding like a moron- he at least deserves something for that.

Everything I said about Christian Bale goes doubly so for Melissa Leo. (Well, except the part about being in that Terminator movie.) She deserved the Oscar for “Frozen River,” and she deserves it here.

Colin Firth is one of those actors who I love no matter what movie he’s in. (“What a Girl Wants,” not so much.) He’s wonderful as the King of England and the sympathy and empathy he evokes while not crossing over into pity is excellent.

Yet again, the award goes to someone who has deserved it for some time. Portman is excellent in “Black Swan,” and most people will probably say she deserves the award for going through the grueling ballet training and losing a lot of weight, but she really
deserves it for a schizophrenic performance… in the best possible way.

Fincher is one of the best filmmakers working today, so it only makes sense that he’ll get this honor. “The Social Network” is a perfect balance of a movie, keeping the tension and drama in perfect balance. (Of course, Fincher deserved this honor for “Se7en,” and “Zodiac,” so, yet again, late is better than never.

Best Pictore (Who I want to win)

All of the best picture nominees are great movies and worth checking out if you haven’t seen them. When they were announced, there wasn’t a head-scratcher in the bunch. While “The King’s Speech,” and “The Social Network” seem to be the front-runners to win, I would love to see Daren Aronofsky’s latest take home the statue. “Black Swan” is a tribute to Alfred Hitchcock, Mario Bava and Dario Argento, but at the same time, is still very much in Aronofsky’s voice. It’s a tense and riveting ride of a movie and as the lights came up at the end, I let out a huge sigh… Turns out I’d been holding my breath for the final 30 minutes. All the performances are excellent, with Portman leading the cast. It’s also great to see Barbara Hershey back on the screen and delivering such a wonderful performance. While the big awards rarely go to a horror/suspense film, (you have to go back to 1991’s “Silence of the Lambs,”) but this is one movie that transcends the genre and stands on it’s own to legs… or flippers. If you haven’t seen “Black Swan” yet, you should see it in a theater. There’s nothing like being in a packed room and going on this ride together. Maybe the Oscar voters picking “The Social Network” and “The King’s Speech,” will cancel each other out and “Black Swan” will walk away with the top honor. Much like “Black Swan,” itself, that fantasy is part dream/part nightmare…depending on who you ask.