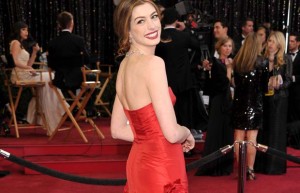 The 83rd Annual Academy Awards came and went, and overall it was business as usual. No real huge upsets, no real huge shockers. The main topic of conversation however was the actual program, and their hosts. Hosted by James Franco and Anne Hathaway, the Oscars certainly were going after a wider demographic. I’d say they would have had better luck with a pair that had better chemistry. James Franco is great, but I just kept getting the vibe that he had no desire to be there. His chill relaxed demeanor was not a compliment to Hathaway’s peppy excited cheerleader.

I think my favorite moment was Kirk Douglas presenting, he may have been difficult at times to understand, but charming none the less. Another thing being buzzed about was leaving out Corey Haim in the Memoriam section, not sure if it was intentional or not, but clearly folks are upset about it. My favorite part of the Oscars were also absent this year, I look forward to the great montages of film history they tend to have. Perhaps cutting this was also part of the effort to reach a wider demographic. For shame.

Here’s looking forward to next year!