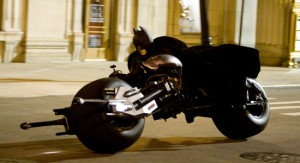 Well, Hollywood has once again excelled in making me scratch my head in confusion.  Just when I thought they couldn’t get anymore redundant in filmmaking, they go ahead and remake Spider-Man after only 4 years since the last one.  Well, that is idiotic enough, but now the plan is to remake Batman, and the last one hasn’t even come out yet!!

Yep, it’s true.  Christopher Nolan has stated many times that “The Dark Knight Rises” (AWFUL title) is not only going to be the final Batman film he makes, but also the final Batman film in his trilogy; wrapping up the story, so to speak.  I’m guessing that something monumental will happen to Batman to make him hang up his cape for good at the end of this one, thus negating any possible sequels that the greedy fat-cats of Hollywood would want to spew out.  I’m all for ending stories on trilogies, and even though I find the new Batman movies a tad overrated, I still think they’re solid stories and I’m happy that its not overkill.  Ending it as a trilogy is a great idea.

But of course, that would mean no more billion dollar Batman franchise.  So what’s is a Warners miser to do??  Reboot seems the only option.  But unlike the old days, when you would wait…oh let’s say from 1989 till 2005 to reboot a franchise, we now already have plans to re-create the saga before the final puzzle piece of the
trilogy is in place.  Insanity.  Why not remake the Harry Potter series while you’re at it.  Or Pirates of the Caribbean too?  Those were both cash cows.  OR….and bear with me for a second, Hollywood, because I am going to blow your fucking mind apart right now…..how about you come up with a NEW story?  Bold, daring, crazy…I know…but it doesn’t even have to be all that original.  I mean, all you have to do is create new characters, and put them in the same exact situations as other movies!  It’s perfect!  It would require zero thought and minimal effort on your part and you’ll make millions! Low risk, high reward…isn’t that motto dipped in bronze and hung high to the left of the Hollywood sign?

Simply put…movies have taken a turn for the worst right now.  I refuse to believe that they can;t find one good script in that mythical vault of original scripts that Hollywood has deep in its bowels.  Come on, guys…there are many wonderful stories from wonderful writers just dying to be told.  Leave Batman alone for another 15 years at least…he needs a break.