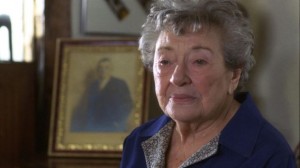 The film tells the story of a reclusive, elderly widew by the name of Anna (Harris). We learn that her husband passed away through a visitor played by Siobhan Fallon. Anna starts to receive mysterious phone calls at the same time every day.

The caller, breaths heavily, but never says a word. At first, Anna feels violated, her peace and quiet disturbed with such regularity. But, eventually, Anna comes to expect the phone calls, and actually begins talking to the silent friend.

Whose on the other side of the line? Honestly, it doesn’t matter, because the way it changes the lonely and almost melancholy Anna is wonderful. She has something to look forward to, and she starts doing things she’d given up long ago.

Alves’ film is a great piece and put together expertly. I definitely recommend checking it out wherever you can, I look forward to seeing more work from the filmmaker.

One thought on “Short Film Review: The Secret Friend”