BUCKY LARSON:  BORN TO BE A STAR

This movie puzzles me.  I feel a conflict.  I feel compelled to not like this movie; to think it looks stupid…and well, it does…but for some reason, there are parts of the preview that look sort of funny.  I actually laughed at the scene where a thick mustached Kevin Nealon is screaming at a crying Bucky Larson, asking him if he stole his grapes.  I don’t know why that struck me as funny, but it did. Perhaps this dumb looking movie will actually be funny?  The R-rating, as always, intrigues me and the dude playing Bucky Larson, Nick Swardson, is sort of funny on Reno 9-11.  I’m torn on this one. 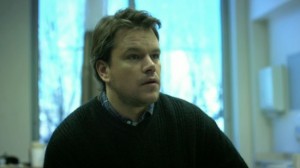 I love Steven Soderbergh.  He makes some pretty tough to watch movies sometimes, I will say, but aside from the Oceans movies, they’re all generally really good and different.  I think he just captivates me because he likes to experiment.  All his movies are different.  He’s made comedy (The Informant!), thriller (Traffic, Out Of Sight), epics (The Argentine, Guerrilla), noir (The Good German), sci fi (Solaris) and on and on.  He deserved his Oscar for Traffic.  That movie was just incredible.  So I like the guy as a filmmaker.  This seems to be one of the biggest films he has ever made.  The Oceans movies were filled with A-list stars, but always seemed small in scale.  This is a global set film, with a shit ton of stars as well.  I know Outbreak was fucking 16 years ago (jesus that makes me feel old), but it still seems like its the pinnacle of killer virus movies.  I suppose we are in need of a modern one.  This one looks very similar, but sort of bleaker and darker.  From the trailer, it seems like Matt Damon is the lead and I’ll tell you, his reaction to the news that his wife is dead (its not a spoiler fuckface, its on the trailer!) is pretty amazing. The confusion when he asks to speak with her after the doctor has already told him that she died is really great acting.  Soderbergh knows how to direct actors.  The man gave fucking Julia Roberts an Oscar, so he knows what he’s doing.  I love Kate Winslet and Jude Law as well, so I think this movie will be something pretty epic and special.  Looking forward to it.
PREDICTION:  3 1/2 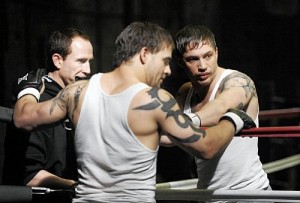 When I first saw this trailer, I thought “Didn’t they just fucking make The Fighter?”  This is the MMA version of The Fighter, I guess, only with worse acting and probably a lamer story.  I watched MMA once and was bored to tears.  They kicked a little bit and then got each other in some grapple hold for about 15 mins before one of them tapped out.  Yawn.  Give me Hulk Hogan vs. Macho Man Randy Savage over that shit any day of the week.  I would say the only reason to see this movie would be for Nick Nolte.  I can never get enough of that crazy fuck.  He is one of the most underrated actors ever to work.  If you’re interested in acting, I implore you to watch every Nick Nolte movie that you can, yes, even Three Fugitives!  The man is just so intense in every role, even the shitty ones.  The man took heroin to get into the role of a drug addict for The Good Thief!!!  He’s the only reason why someday I will see this inevitable turd.