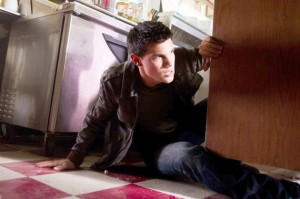 Ooooohhhh scaaaarryy!! A PG13 Abduction movie starring the douche werewolf homo from Twlight!! Yayyyy!! What really shocks me about this one is the other talent involved. I expect more from you, Alfred Molina…maybe not MUCH more, but more. And I am totally ashamed of you Sigourney Weaver. Yeah, I know…you gotta eat, but you were in the biggest movie of all time. What drew you to this movie? I’m guessing the paycheck, because from what I can see, this is another intellectually devoid dump that the big anus of Hollywood has squatted over and dribbled out onto YOUR (the average movie-goer) face. And unless you’re into coprophagia (Wiki it), then I would say PASS…pun intended. 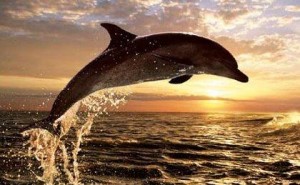 Wow…are A-listers and award winners really hard up for cash this month? Morgan Freeman?? Okay…I will actually give him a pass for this because even though he is in his 70s, I’m pretty sure he has a kid that is like 8 years old. Maybe he wanted to be in a movie that this kid could see without seeing her dad being whipped by Gene Hackman or hugged by Tim Robbins…I get it. However, this still looks pretty crappy. I guess they find a dolphin with no tail and make a robot tail for it. I like animals, so aw cute, it would make a good Yahoo news article…but a whole movie? Yikes. And don’t forget the laugh riot of Morgan Freeman getting his back splashed by the dolphin. Zoinks!! Yeah…I will wait until my kid is 8 and then show him a better movie. 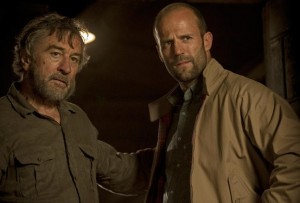 Okay…I’m going to look like some adrenaline driven typical male fuckbag, but I actually think this doesn’t look too bad. Usually I hate these Crank, Bourne Identity, Transporter sort of movies, but something about the trailer for this made me want to see what happens next. I think Jason Statham sucks in everything except Snatch, so I could care less about him, but I do actually like Clive Owen a lot and something about the two of them fighting seems…well, kinda cool. And finally DeNiro looking sort of badass again. I was beginning to think he was letting Ben Stiller rim job him for so long that he was actually enjoying it. I’ve said it before on this site, DeNiro hasn’t made a really great movie since Heat waaaaay back in 1995, but lately he has been trying a bit more, it seems. I liked Everybody’s Fine, Machete and Stone…so perhaps he’s on a roll? I hope so. It would be good to have my former favorite actor back. I know we will never get another Taxi Driver or Raging Bull…but maybe we can get another Copland at the very least.

At first, I thought this was a ripoff of Hobo With A Shotgun, but it’s nothing like it. I don’t like Gerard Butler. His attempt at gay porn (300) made me feel really uncomfortable and shaky, so I have been weary of his movies ever since. This looks sort of cool though. Mostly because I like Marc Forster and I’m waiting World War Z, so this being his film before that one, I can give it a hot. I also like that it’s a true story and I have always liked vigilante hero-type people. This could be solid, and the R rating really helps. As long as I don’t see Butler kissing the tip of a penis, like I swore I saw in 300, it’ll be okay in my book.

So I’ve heard that this is possibly the first Oscar bait movie of the year. Bring it on! I have been a fan of Brad Pitt ever since Kalifornia. The guy has made some shitty movies (Ocean’s Twelve, thirteen, Mr and Mrs Smith) but overall, he knows how to choose roles. I’m not normally a sports movie fan, however, I do find the inner workings of sports to be very interesting. This movie intrigues me
for a few reasons: Pitt, Phillip Seymour Hoffman, the ACDC song “Money Talks” in the trailer (arguably their best song, and my favorite song by the band) and also the hilarious story of Jonah Hill’s character. In case you were unaware, the character he plays in the film is named Peter Brand. However, the guy he is portraying’s name is Paul DePodesta. The name was changed because DePodesta was so disgusted that fat Jonah Hill was going to be playing him, that he threatened to sue the producers unless something was done. So instead of re-casting, they just changed the name. I love that sort of shit. And if you actually saw what Paul DePodesta looked like in real life, you would sue the producers too. Jonah Hill should only portray two people in biopics: Jonah Hill and the Pillsbury Dough-boy (I know, that was an obvious joke but its fucking 11pm, and I’m out of material). Weirdly, the original person cast for the role was Demitri Martin, who looks a lot more like the guy. I bet Billy Beane is jacking off in the mirror knowing Brad Pitt is playing him. I would. This movie looks pretty good.

Kevin Smith sucks. If you’re a big fan of Kevin Smith…you suck. Plain and simple. He sucks. He’s an awful writer. Not a creative director. And has an ego bigger than Billy Corgan (and I’m a huge Smashing Pumpkins fan). However, I do find comfort in a crappy director like Smith worming out of his comfort zone. Red State could be good, but I just don’t think it will be. I love the material and I love psycho religious cult figures, I just wish that someone more capable like William Friedkin or David Cronenberg would take on a project like this…not Silent Bob. As long as he maintains the level of dick and fart jokes (his words) and focuses more on story and also a world where not every single fucking person talks exactly the same like his lame View Askew universe, then this could actually be good. As much as I dislike Kevin Smith, I am looking forward to giving this one a shot…and if this sucks like his other movies, well…I guess I won’t be that surprised.