Editor’s Note: Due to travel, this article is a bit late, but still, wouldn’t want you to miss it!

Well, this movie has already come out and is receiving lukewarm reviews, but why??  I can’t imagine it being a “bad” movie per say…but maybe just not as top notch as what is expected from an Eastwood/DiCaprio pairing.  I still maintain that this movie looks fantastic, and looks to be another home run from DiCaprio, who I consider the most important actor working today.  I have always liked reading about Hoover, who is a fascinating character.  Not only was he the founder of the FBI and thought up endless awesome ways to catch criminals, but he was also a fucking cross dresser!!  How awesome is that?  It’s awesome because it just proves that we all have these weird dark secrets, even the bad ass that first started using fingerprints to catch criminals.  I mean, he did all these awesome things, so who cares if he wore dresses too?  I’m not sure if they really tap into this in the movie, but it was a pretty big part of his life, from what I’ve read.  Either way, it’s just a very complex character to play, I would guess, and to me, DiCaprio can do no wrong.  As for Clint Eastwood, even though I’m still mad at him for winning the Oscar for Million Dollar Baby, when that was definitely Scorsese’s to win for one of his greatest movies, The Aviator, but I digress…Eastwood is an amazingly rich and emotional director.  He makes movies that touch the old school Hollywood sensibilities.  They aren’t flashy, CGI filled, seizure edits like many of his peers, but rather gentle, poignant stories with touching music and deep lighting, that just really bring you back to an era of film making that is long gone and will probably die with him to be honest.  The fucking dude is pushing 82 years old and can still score home runs.  I admit that I thought Hereafter was a little lackluster, but people ragged on Changeling which I thought was gripping and awesome.  If J. Edgar is even 1% like a regular Eastwood movie, then I am hooked.  The haters can go watch Tower Heist and fuck themselves.

Okay…what do I make of this movie?  On the one hand, it looks like a copy of 300, which I thought was shat directly from the anus of Satan himself.  300 is a movie for gay people who cannot admit they are gay.  But on the other hand, it is directed by Tarsem Singh, who did The Cell, which I thought was sort of cool and underrated.  I mean, The Cell wasn’t anything that I’d need to watch 100 times, but I did think it was pretty creative and visually interesting.  That being said, which movie will Immortals be like?  If it’s anything like 300, I would rather gouge out my eyes with the editor of Lonely Reviewer’s penis, than watch it.  But it just might have some potential, given
the director involved.  I’m sure when it comes to Watch Instant, I will find out. 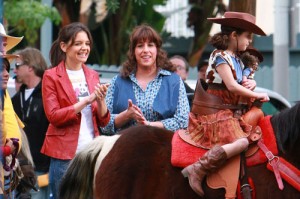 What can I really say about this movie that South Park didn’t already capture in 1 minute?  This does literally look like a turd being shoved into my eye sockets.  What the fuck happened to Adam Sandler, I mean really?  I know people like certain comedians, and will sort of give them a pass for anything they make.  For me, it’s Jim Carrey.  I will pretty much watch any piece of shit he pumps out and chuckle like “oh that Jim Carrey…” when in reality, he kinda sucks now (save for I Love You Philip Morris which was a fucking amazing movie).  I think Adam Sandler is sort of the same way.  People still go see his movies because they WANT to love him so badly, like the old days.  I mean, who can deny that Billy Madison and Happy Gilmore were awesome movies…but really, how many other “good” flicks has he done since? The Wedding Singer is pretty good. Punch Drunk Love is a masterpiece. But then we have The Waterboy, Little Nicky, Big Daddy, Anger Management, Mr. Deeds, Eight Crazy Nights, 50 First Dates, Spanglish, The Longest Yard, Click (not bad), Chuck And Larry, You Don’t Mess With The Zohan, Bedtime Stories, Funny People (which I wanted to like so bad), Grown Ups, Just Go With It and now Jack And Jill….see…when I spell them out for you, you kinda get the idea right?  He doesn’t make that many good movies.  They’re all sort of paycheck movies, and this guy turned down Inglourious Basterds!  I know he can act (Punch Drunk Love) and he can be funny (Billy Madison) but why isn’t he doing either of those things for nearly a decade? But…like Jim Carrey, people of a certain generation will give him a pass….but, also like Jim Carrey, it won’t last forever.