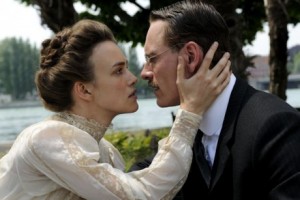 David Cronenberg is the best director working that has never been nominated for a Best Director Oscar.  He has always made movies that totally fuck Hollywood in the ass.  Videodrome, Dead Ringers, Naked Lunch, Scanners, The Fly…on and on and on are all movies that are highly regarded, yet fly under the radar.  It’s a shame.  He has found some critical respect lately for his last two films, A History Of Violence and Eastern Promises, which are both excellent but nowhere
near as terrific as his old classics.  His new film is about Freud, which is a bizarre departure for his usual fare.  It looks good, but is not blowing me away compared to what I expect from this amazing
filmmaker.  However, previews can be deceiving and I have a great feeling that this could be something special.  However, I will always lament the lost grossness of his older movies, but maybe it’s finally time to give this man an Oscar nomination.  Time will tell. 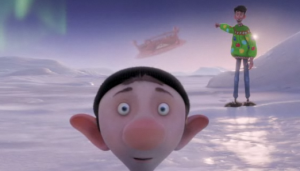 What amazes me is that every single year, someone pumps out an “original” movie about Christmas.  How much fucking content can this holiday hold??  We have people becomming Santa Claus, we have people being Elves, we have people trying to rescue lost reindeer.  Blah blah
blah.  I don’t even really know what this movie is really about.  Some kid fucks up Christmas or something…I don’t know.  The preview goes so fast it makes me feel like some fucking ADD ridden 7 year old trying to read War And Peace.  It just looks like another cheaply animated turd that the ass of Christmas has spread open ready to plop on our faces.  Open wide.  Give me Scrooged anytime. 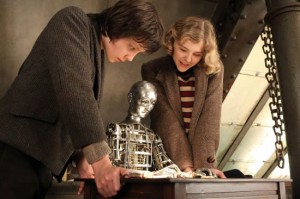 I am a Martin Scorsese whore.  I don’t care.  He can use me and abuse me and not even leave me cab fare so long as he keeps making shit like Goodfellas.  Now, I will admit, when I saw the first trailer for Hugo, I was underwhelmed…very underwhelmed.  It looked fucking retarded, I’ll say it.  But I was confident that it was a scam and that the machine had pumped out a trailer to try to get parents to take their screaming kids.  I mean, it looked terrible.  Like some generic Tim Burton ripoff where Borat goes flying into a giant cake…DERP!!  But from what I’ve read, my suspicions of false advertising were correct. I’ve read some stellar classic Scorsese movie moments, and that the
film altogether is an ode to classic 20s and silent era cinema.  Sure, it might go over kids and most parents heads, but I think this has classic film written all over it.  I wouldn’t expect anything less
from the best living filmmaker around.  Highly anticipating this one!! 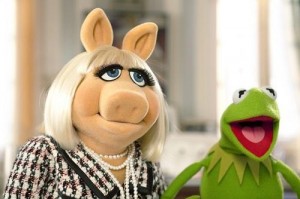 This will be good.  No matter what, this will be good.  Even if this movie is stupid as hell, it will be good.  I have never seen anyone happier to be in a movie as Jason Segel.  If you watch the trailer,
every scene he has a giant grin like “Yep, I’m in a Muppet movie that I wrote.”  It’s like literally watching a dream come true.  As most people are, I’m a fan of the Muppets.  I love most, pretty much all, of their movies and I love Muppet Babies (remember that awesome show??), so you pretty much can’t go wrong with the Muppets.  If you hate them, you must have a heart made of the darkest volcanic glass. You’re pretty much a complete asshole if you hate the Muppets.  I’m sure this movie will be goofy and stupid, but why would I want anything less from a Muppet movie?  I sort of wish there were more celebrity cameos though, like the old days of the Muppet Show.  Jason
Segel doesn’t really carry a movie for me, and aside from whipping out his dick, he really isn’t all that funny…but I’m sure he and Amy Adams will be mostly in the background for Kermit, Piggy, Gonzo, Fozzie and all the others.  Trust me…this will be good.