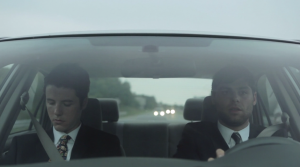 Ice Hockey director Larry Cohen has finally released his last Kickstarter funded film, Brothers, online, to promote fundraising for his latest film, The Worst – which stars Dean Winters (Oz, 30 Rock, and best known as “Mayhem” in the All State Commercials). Brothers was an official election of the San Francisco International Film Festival, and tells the story of two brothers on a road trip to their grandmother’s funeral, with one of them not being aware of it.

It’s a great, well written, and expertly shot short, what we’ve come to expect from Cohen.

Check out the film below, and learn more about The Worst through its Kickstarter page.

Brothers from Larry Cohen on Vimeo.