It’s finally here, the end of award season, the glitziest, the glamorous, the Superbowl of movies, Academy Awards. The great contributors at LonelyReviewer.com got together and decided to list our picks for a few categories.The funny thing is, we all seem to be fairly in line with who we think will win. This years awards season has been an interesting race, it will be fascinating to see how it goes.

This has been probably the most difficult year for making predictions. This year, the nominations were definitely skewed more than normal thanks to the the 10 Best Picture nominations – so much that the odds of the Best Director and Best Picture winners lining up are very low. So, with that in mind, my predictions for the major categories are as follows:

Performance by an actor in a leading role: Daniel Day-Lewis in “Lincoln”

Performance by an actor in a supporting role:  Tommy Lee Jones in “Lincoln”

Performance by an actress in a leading role: Jennifer Lawrence in “Silver Linings Playbook”

Performance by an actress in a supporting role: Anne Hathaway in “Les Misérables”

It’s an odd year for movies.  Maybe it’s because I feel like I didn’t see enough.  Or maybe because there wasn’t a lot that blew me away. Regardless, I’ll be there Sunday night, watching with baited breath to see how this whole thing plays out.  And to see if the Best Supporting Actress winner will drop an f-bomb again. 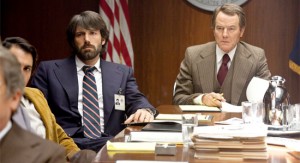 Best Picture: “Argo”It’s good, but so is “Lincoln,” “Life of Pi,” “Silver Linings Playbook” and, in a ‘they’re never going to give this an award’ kind of way, “Django Unchained.”

Best Director: Steven Spielberg But then again, it could go to Ang Lee.  But if we’re having a contest to has the most right guesses, put me down for Spielberg.

Best Supporting Actress: Anne Hathaway I haven’t seen “Les Miserables” yet, but, she’s won every other award
possible and it seems like she’s past due to win an Oscar, so, this is her year.  (Note: if I’m wrong, you can delete this paragraph after the award is handed out.)

And, even though you didn’t ask, here are a few more picks that you can take to the bank.  Or not.

Best Cinematography: “Skyfall”
Best Editing: “Argo”
Best Original Screenplay: “Zero Dark Thirty”
Best Adapted Screenplay: “Argo”
Best Song: “Skyfall”
Best Animated Film: “Frankenweeine”
Best Documentary: “Searching for Sugar Man” or “How to Survive a Plague.”  What, it’s not like you are actually taking these predictions to the bank.  And would it kill you to see two documentaries in one year?

One thought on “LonelyReviewer Oscar Predictions”