This week we’ve got biopics, rehashed horror parodies, and the latest from Director Terrence Malick! Check out what’s out, after the jump!

The powerful story of Branch Rickey the MLB executive who first signed Jackie Robinson to the minors and then helped to bring him up to the majors, where Robinson, became the first African American to break the color line in the big leagues. 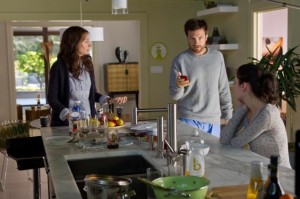 The riveting dramatic thriller about a hard-working lawyer, attached to his cell phone; a couple is drawn into a dangerous situation when their secrets are exposed online; a widowed ex-cop struggling to raise a mischievous son who cyber-bullies a classmate; and an ambitious journalist who sees a career-making story in a teen that performs on an adult-only site. 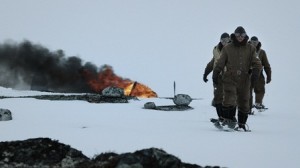 At the beginning of World War II, a hostile chance encounter in the skies above the harsh Norwegian wilderness leaves two aircraft—one British, one German—shot down in a remote and isolated region. The crews seek shelter in the same cabin and must battle to survive the brutal winter in order to get back to the war—and to fighting one another. But mutual needs lead to unlikely friendships, and the rules of war must be put aside. 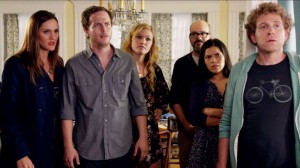 Eight friends meet for their monthly “couples brunch,” but get trapped by a mysterious catastrophic event. The couples, unsure of their fates, become increasingly unhinged with hilarious, surprising, and revealing results. 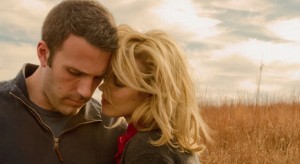 Parisian single mother Marina and Midwestern tourist Neil fall madly in love in France and relocate to Oklahoma with Marina’s young daughter to start a life in America with passion and vigor. As their relationship wanes and her visa nears expiration, Marina makes the acquaintance of a priest and fellow exile (Javier Bardem) who is struggling with his faith, while Neil renews a relationship with his childhood sweetheart, Jane until Neil learns that Marina has fallen on hard times. He rekindles with Marina after another trip to France. She returns with him to Oklahoma, resuming her American life. But the old sorrows eventually return. 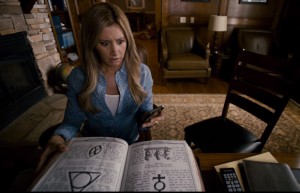 Happily-married couple Dan and Jody begin to notice some bizarre activity once they bring their newborn baby Aiden home from the hospital. But when the chaos expands into Jody’s job as a ballet dancer and Dan’s career as an Ape researcher, they realize their family is being stalked by a nefarious demon. Together, with the advice of certified experts and the aid of numerous cameras, they must figure out how to get rid of it before it’s too late.