The careers of two salesmen in their 40’s have been torpedoed by the digital age. Trying to prove they are not obsolete, they defy the odds by talking their way into a coveted internship at Google, along with a battalion of brilliant college students. But, gaining entrance to this utopia is only half the battle. Now they must compete with a group of the nation’s most elite, tech-savvy geniuses to prove that necessity really is the mother of re-invention. 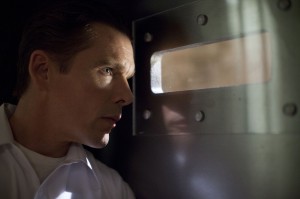 America is wracked by crime and overcrowded prisons so the government has sanctioned an annual 12-hour period in which any and all criminal activity-including murder-becomes legal. The police can’t be called. Hospitals suspend help. It’s one night when the citizenry regulates itself without thought of punishment. On this night plagued by crime and violence; one family wrestles with the decision of who they will become when a stranger breaks into their gated community. His intrusion begins a sequence of events that threatens to tear a family apart.

Violet  and Daisy are a pair of gum-cracking teenage assassins who casually snuff out crime figures in New York City, distracted only by the fact that a concert by their favorite pop idol Barbie Sunday has suddenly been canceled. Determined to raise cash for some Barbie Sunday dresses, the duo takes on a new hit job targeting a mysterious loner who leads them into an unexpected odyssey of self-examination and catapults the junior enforcers into a world beyond Barbie Sunday and bullets for pay. 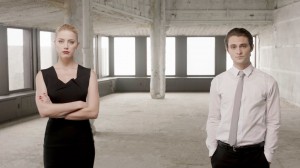 An edgy comedy that exposes the cut-throat world of advertising through the eyes of a young prodigy chasing fame, fortune, and the woman of his dreams. Fresh out of school with a degree in marketing, Scat will do anything to prove that he has what it takes to swim with the rich and wildly successful. Scat comes up with a brilliant new product that gives new meaning to the old saying “sex sells.” He is sure it will send him right to the top…if only he can convince his boss, the beautiful and mysterious “6,” that it’s an idea worth millions. Betrayed by his best friend “Sneaky Pete,” Scat stumbles through an industry riddled with deception. As he begins to realize that fame and fortune have cost him his morality, he must rediscover his true self behind the elaborate image he has created or risk losing the love of his life.

Four friends lose themselves in a carefree South-East Asian holiday. Only three come back. Dave and Alice return home to their young family desperate for answers about Jeremy’s mysterious disappearance. When Alice’s sister Steph returns not long after, a nasty secret is revealed about the night her boyfriend went missing. But it is only the first of many. Who amongst them knows what happened on that fateful night when they were dancing under a full moon in Cambodia?

When the Apocalypse actually happens and a billion people are raptured up to heaven, Lindsey and her boyfriend Ben are left behind in suburban Seattle. The young couple try their best to lead a normal life surrounded by talking locusts, blood rain showers, and pot-smoking wraiths. But when the Anti-Christ makes his home base in their neighborhood, Lindsey finds herself the object of his affection. With the help of her family, friends, and a lawn-mowing zombie neighbor, the young couple set off to stop the Anti-Christ from taking her as his bride… and just maybe, saving the world in the process. 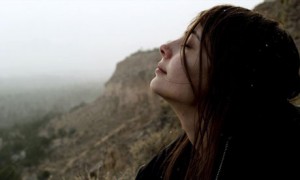 Davey has never felt so alone in her life. Her father is dead — shot in a holdup at his store — and now her mother is taking 17 year old Davey and her little brother to New Mexico to stay with relatives while she tries to recover. Climbing in the Los Alamos canyon, Davey meets the mysterious Wolf, the only person who seems to understand the rage and fear Davey feels. Slowly, with Wolf’s help, Davey realizes that she must get on with her life. A complicated story of deep human drama.

Much Ado About Nothing
Rated: PG-13
Genrre:  Comedy | Drama | Romance

Young lovers Hero and Claudio are to be marred in one week. To pass the time, they conspire with Don Pedro to set a “lover’s trap” for Benedick, an arrogant confirmed bachelor, and Beatrice, his favorite sparring partner.