John Cale (Channing Tatum) has just been denied his dream job with the Secret Service of protecting President James Sawyer (Jamie Foxx). Not wanting to let down his little girl with the news, he takes her on a tour of the White House, when the complex is overtaken by a heavily armed paramilitary group. Now, with the nation’s government falling into chaos and time running out, it’s up to Cale to save the president, his daughter, and the country. 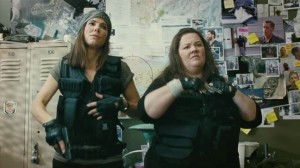 Uptight FBI special agent Sarah Ashburn is paired with testy Boston cop Shannon Mullins in order to take down a ruthless drug lord. The hitch: neither woman has ever had a partner — or a friend for that matter. 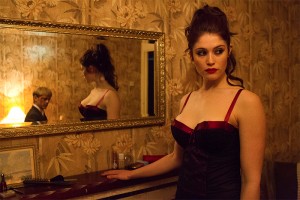 Two mysterious women seek refuge in a run-down coastal resort. Clara meets lonely Noel, who provides shelter in his deserted guesthouse, Byzantium. Schoolgirl Eleanor befriends Frank and tells him their lethal secret. They were born 200 years ago and survive on human blood. As knowledge of their secret spreads, their past catches up on them with deathly consequence.

An ex-Special Forces soldier, returns to London to face another kind of war: life on the streets as a damaged, homeless veteran. In an attempt to rehabilitate himself, Joey assumes another man’s identity and seeks the aid of Sister Cristina, a young nun who works at an inner-city parish. But Joey’s expert training as a soldier marks him as a valuable asset, and he soon finds himself caught in the dark web of London’s criminal underworld. 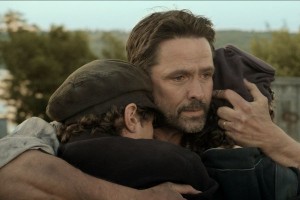 A story of the violent passions and burning feuds that set ablaze the home front during the Civil War.  Based on the extraordinary novel by Harold Frederic, which the great American critic Edmund Wilson praised as a brave and singular book that “differs fundamentally from any other Civil War fiction,” Copperhead is the story of Abner Beech, a stubborn and righteous farmer of Upstate New York, who defies his neighbors and his government in the bloody and contentious autumn of 1862.