Remember those old Godzilla movies of years ago.  Pacific Rim is a modern version of Transformers meets Godzilla meets Real Steel. Earth is attacked my a legion of giant monsters, known as Kaiju.  To stop the onslaught and combat the giant Kaiju, a special type of weapon was devised: massive robots, called Jaegers, which are controlled simultaneously by two pilots whose minds are locked in a neural bridge. But even the Jaegers are proving nearly defenseless in the face of the relentless Kaiju. On the verge of defeat, the forces defending mankind have no choice but to turn to two unlikely heroes–a washed up former pilot (Charlie Hunnam) and an untested trainee (Rinko Kikuchi)–who are teamed to drive a legendary but seemingly obsolete Jaeger from the past. Together, they stand as mankind’s last hope against the mounting apocalypse. 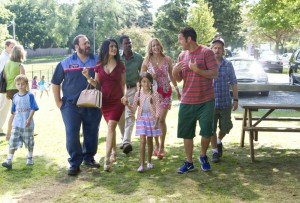 What happens when Adam Sandler, Kevin James, Chris Rock, and David Spade team up for another movie?  Two words- CRAZY FUNNY.  This time, after moving his family back to his hometown to be with his friends and their kids, Lenny (Adam Sandler), finds out that between old bullies, new bullies, schizo bus drivers, drunk cops on skis, and 400 costumed party crashers sometimes crazy follows you. 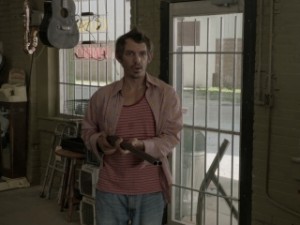 They haven’t shown this on Pawn Stars for sure. Three twisted tales all connected by items from a Southern small-town pawn shop. A man searching for his kidnapped wife, a couple of white-supremacist meth heads, and a sad-sack Elvis impersonator, plus more desperate characters come to life in this action-packed and hilarious story. 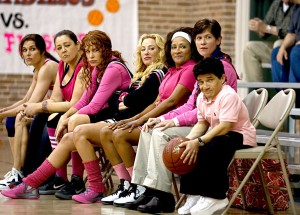 The WNBA has nothing on these ladies. What happens when an unlikely group of middle-aged women who challenge the high school girls’ state basketball champs to raise money for a mobile breast cancer screening unit?  Sparks fly as the women go to comic extremes to prove themselves on and off the court, gaining a new lease on life.

Deep in the Appalachian mountains, a reclusive American military veteran and a European tourist strike up an unlikely friendship. But when the tourist’s true intentions come to light, what follows is a tense battle across some of America’s most forbidding landscape proving the old adage: the purest form of war is one-on-one. 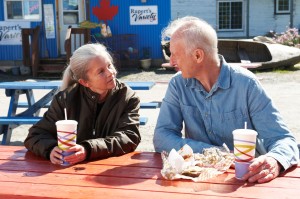 Based on true events and laced with wry humor, STILL MINE tells the heartfelt tale of Craig Morrison, who comes up against the system when he sets out to build a more suitable house for his ailing wife Irene. Although Morrison uses the same methods his father, an accomplished shipbuilder, taught him, times have changed. He quickly gets blindsided by local building codes and bureaucratic officials. As Irene becomes increasingly ill – and amidst a series of stop-work orders – Craig races to finish the house. Hauled into court and facing jail, Craig takes a final stance against all odds in a truly inspirational story. 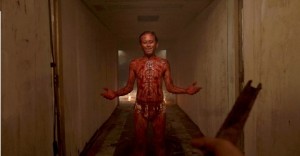 Inside a darkened house looms a column of TVs littered with VHS tapes, a pagan shrine to forgotten analog gods. The screens crackle and pop endlessly with monochrome vistas of static—white noise permeating the brain and fogging concentration. But you must fight the urge to relax: this is no mere movie night. Those obsolete spools contain more than just magnetic tape. They are imprinted with the very soul of evil.