Netflix is exceptionally daunting. The instant options alone gather around you like an angry mob. The titles confuse you in their obscurity, and your attempt to whittle your options down to a manageable list quickly gets out of hand. Calm down. We’re here to help. Here at LonelyReviewer, Foreign Friday opens your eyes to a sampling of international film and allays the stress associated with Netflix decisions. This week we take things back to an earlier time with a black-and-white film in a rustic setting. Come with me on a trip to Italy for the black comedy Mafioso.

Antonio Badalamenti (Alberto Sordi) is a successful car factory manager in Milan. He is setting out for a vacation to his hometown in Sicily. He hasn’t returned in years and his wife, a blonde northern Italian, and two daughters have never been. As Antonio joyfully reacquaints himself with long unseen friends, his wife finds it more difficult to adapt to the strikingly different culture of Sicily. He visits the local don, Don Vincenzo (Ugo Attanasio), to pay his respects and deliver a small gift from his manager. Don Vincenzo, a crime boss, determines that Antonio would be ideal for a very specific task. After smoothing over a contentious land deal for Antonio and his father, Don Vincenzo calls upon him for the dangerous favor. 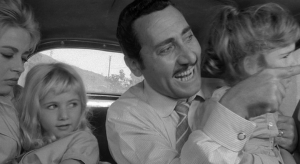 There are certain things that we have come to expect from mafia films. Especially as Americans, our understanding of the Mafia is greatly influenced by Francis Ford Coppola, Martin Scorsese, and more recently, David Chase. A world of violence and betrayal permeated with mandated silence; with a cannoli on the side. Mafioso might throw your expectations for a loop. It could be described as a comedy, and while it certainly has its comedic moments, it isn’t riotously hilarious. It is nearly slice of life in its humor, with funny situations rather than punchlines. Antonio is shown to be the ultimate family man and it is difficult to find a happier person. Alberto Sordi’s smile takes over his entire face and his joy to simply walk his old streets is contagious. The film’s choice to focus so closely on Antonio, telling it entirely from his point of view and containing few scenes without him, is an immersive choice. You come to love the small town in Sicily as Antonio does and forgive its numerous flaws. 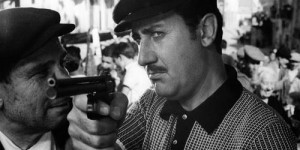 Director Alberto Lattuada intricately builds this world and develops a complex atmosphere. As soon as we arrive in Sicily it is shown to be both boisterously loud and startling quiet. For its inhabitants everything is familiar. Like a town wide Cheers, everyone knows your name. However Antonio’s wife, Marta, gets nothing but inquisitive stares. Natives look upon her in disbelief, her alien ways offending and intriguing them. It is impressive how Antonio’s home can feel so lived in and warmly claustrophobic, while the streets inspire goose bumps in their frigid judgment. The criminal implications are only spoken of in passing, as some prior friend of Antonio’s is dismissed as a traitor, establishing a somber and foreboding mood that lingers beneath the familial excitement. These quick asides remind us that we are not within the circle of trust. Like Marta, we reside on the outside where we don’t have all of the information and can only hope to garner an idea of what’s really going on through meticulous analysis of context clues. 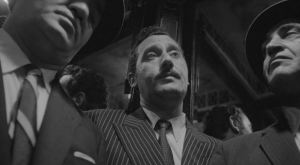 The transition from family reunion to mafia crime is so smooth that it nearly goes unnoticed. You’re expecting it, but the majority of the film has lulled you into this false sense of security. The time getting to know Antonio, witnessing his wife develop a bond with his family, blinds you to the subtle table setting for an inevitable final act shoe drop. We are thrown into it just like Antonio, packed into a crate and shipped off to some unknown place. His innocence aided his branding as an outsider to the criminal violence. Others may engage in dark deeds, deep down we know that Don Vincenzo is responsible for death, but Antonio was our guy; that good person who is above it all. We lose our innocence just as he does. He is loyal to a fault, instilling blind faith in the ones that he loves most, so it is never really a question of whether or not he will do what is asked of him. As he returns home we can see that he is now broken, the toll that this has taken on his soul. Gone is the glint in his eye, the sparkle in his smile. Now he seems fearful and betrayed. There is a universality to the message, a commentary on the ramifications of unfaltering loyalty and unquestioned belief that isn’t shackled to a strictly Italian mafia. This could just as easily have been an innocent thrust into war; a person that only has a passing awareness of a surrounding darkness and the effects that facing it will have on him. The day-to-day for the dons will not change but Antonio can never be the same. 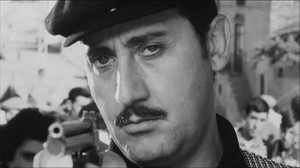 Mafioso is a film entirely its own. Only tangentially a mafia film, it is more concerned with the people who reside near the criminal world. Alberto Sordi turns in a performance as Antonio that is accessible and nearly annoying in its unbridled happiness. His enthusiasm for life is infectious and the joy that others express in finally seeing him is completely honest. The film’s ability to make us forget about the criminal implications of Sicily, or even the title of the film, is a testament to the skill of its director. Alberto Lattuada never forgets about the nearby dons, instead he has us look more closely at our protagonist, distracting us with good hearted laughter while he quietly prepares an emotional gut punch. The final thirty minutes move at such a brisk pace that confusion is imminent and entirely intended. Regardless of your ability to forecast the events of the film, the extent to which it authentically changes Antonio is a sight to see. Mafioso is not merely a fine mafia film; it is an expertly crafted examination of the price of naiveté and deftly stirs conversation on the very nature of blind loyalty.