It’s nothing new for a film to deal with the trials and tribulations of childhood, or even to explore the experiences of the less fortunate. Nevertheless, it is an exceedingly tough topic to communicate properly. Perhaps it is that adult directors have lost sight of the experiences of youth, with depictions that tend to veer towards infantilizing or overly precocious. With the odd exception, the radicalization of the childhood experience is far from producing honest cinema. Short Term 12 is one of those exceptions.

Grace (Brie Larson) is a twenty-something supervisor at a small foster-care facility. With strong passion for her job, not to mention her fair share of talent, she oversees a small staff that monitors the daily routines of the many at risk youths at Short Term 12. Amongst the many struggles that accompany her job, one new girl, Jayden (Kaitlyn Dever), captures Grace’s attention. As they grow closer, Grace begins to open up for the first time and face her own inner turmoil. 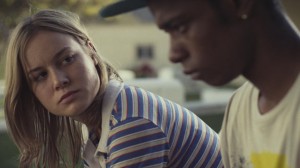 We are dealing with some deep issues here. The children have a range of experiences from exposure to drug use to physical abuse, not to mention the emotional stress that is simply implied by their current situation. This could, with little effort, fall into the realm of films that are nearly tortuous to endure. It feels cold to state, but it is inauthentic to present the lives as unendingly dire. Emotion is not a switch, it’s a dial. Even the most uncomfortable of situations are going to be sprinkled with some levity. Wallowing in the macabre is nothing but depressing and most people just would rather not be that sad. We joke, we make light of situations, we do whatever we can to distract from the less than ideal. Writer-director Destin Cretton understands this and has no hesitations in putting it up on the screen. He has developed a world in his film that always rings true, with characters that connect with the audience even with limited screen time.

This facility is not led by grizzled and unfeeling employees. There is desire from all involved to be there and do the job they are assigned. Cretton is smart in not crippling all of the employees with deep seated issues. Grace and Mason have their pasts, and we completely understand why they would make the choice to work at Short Term 12, but Nate is the privileged adolescent trying to make good. He hasn’t struggled and is stepping across the tracks to see what it’s like on the other side. When he misspeaks, and expresses his desire to help the “less fortunate”, it is merely his ignorance shining through. He has little obvious gifts to bring these children and in fact he will most likely learn more from them, but he places himself above them and it doesn’t just hurt the children, it pisses them off. It reveals the selfishness that is shrouded in supposed goodwill that permeates much of the entitled youth in our society. There is a desire to help those that don’t have what we do, but it can be for the wrong reason. Short Term 12 doesn’t come out and answer the question of who actually benefits from a possibly misplaced charitable desire, but it sure makes you think about it. 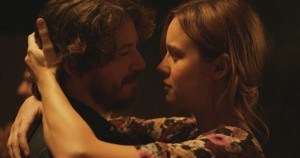 The acting comes in to match the quality of the script. Brie Larson is mesmerizing as Grace. She captivates from start to finish. I was perfectly happy with her devoted performance as the helpful leader of the facility, but when the scars of her childhood begin to reveal themselves, it is taken to new levels. She is no perfect person and is having trouble just leading her own life. Rather than simply being a catalyst for the children’s change, she shows the journey she still has to take. She fully embodies Grace, throwing a smirk when necessary but hinting at a troubling past that lingers right below the surface. While this is assuredly Larson’s film, the other actors deserve plenty of praise. The children infuse complete honesty throughout. Dever’s Jayden is dislikable to an extreme but by the end her importance is more than evident. Keith Stanfield as Marcus, the boy cautiously on his way out of the center, makes a character with obvious intentions and a far from surprising storyline, into a complete person. He spends the majority of the time stewing, with a persistently angry stare. When he comes to deliver his lines they are bathed in concern and fear. The anger is occasionally a bit on the nose, but he clearly has a good heart and Stanfield knows just when to let that show. John Gallagher Jr. rounds it all out in a role that will most likely be outshined by Larson. However, while his role of court jester often puts him into the place of quip machine, he has his moments, mostly in his struggle to connect with Grace and his ability to weasel out nuggets of honesty from the children. He is just as fantastic as Larson, just in a far more understated and less rewarding manner.

Short Term 12 is a film that sticks with you. It grows as you exit the theater and dig through its deeper implications. Destin Cretton has delivered a film that is entirely earnest and absolutely truthful. He takes care in properly shading in even the most minor of characters. The story of a foster-care facility alone begs to be over sentimentalized and weighed down under a dearth of melodrama. Cretton does occasionally indulge in sentimentality but he never loses himself in it. The film has such a strong heart and knows just how to present itself, in a world of honesty. Brie Larson is a wonder in the main role. She allows her character to blossom slowly, and as we come to care for her more, we are rewarded by a clearer understanding of her struggle. Its weakest point is its ending, which ties things up perhaps a bit too neatly and happily. Nevertheless, Short Term 12 wears its heart on its sleeve and is heart wrenchingly emotional and never ceases to be authentically enjoyable.