The film starts strong, explaining the history of banks and painting a picture of a time when banks could fail quite quickly; customers participated in “bank runs,” cleaning out a bank overnight (I can’t help but think of that scene from the film “Mary Poppins”), men in bowler hats demanding their money. It then examines the Federal Reserve’s history through interviews with former Chairmen and Vice Chairmen of the Reserve, as well as other economists. 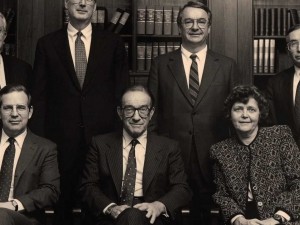 Lacking b-roll on the subject, the filmmakers used footage from old films like “Frankenstein” and silent films to add comic relief to an otherwise technical story. The film goes deeply into Alan Greenspan’s time as Reserve Chairman, starting with his actions following the 1987 Stock Market crash just two months after he took the position. The filmmakers’ feelings on Greenspan are clear, as the documentary delves deeply into his decisions in the ’90s and ’00s and the effect they had on the ensuing worldwide economic downturn and recession. 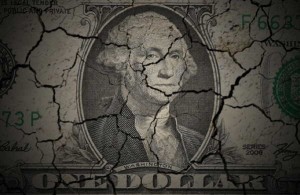 Liev Schriber’s narration is excellent, and overall the film does a great job breaking down a fairly complex subject for someone that might not have a deep understanding of economics. The epilogue/end of the film isn’t as bleak as you would think, the filmmakers and their various sources leave you with some possible options, and at the very least, “Money for Nothing” succeeds in its goals of awareness and education of the system.

“Money for Nothing” opens Friday, September 20th at the Coolidge Corner Theatre in Brookline, MA. Learn more at http://moneyfornothingthemovie.org/