The first quarter of the year tends to be dumping ground for Hollywood films that don’t otherwise fit into a studio’s release schedule (see our review for “Jack Ryan: Shadow Recruit“). They are movies that they either don’t have faith in, or, don’t believe they’ll bring in the summer tentpole dollars, or, any sort of awards. However, the January/February dumping ground isn’t always made up of the worst movies. In fact, I dug into it a little bit, and came out with 10 movies that were released around these times, that went on either to be revered critically, or, saw later success, either rediscovery by cult status, and a few even garnered a few golden statues. 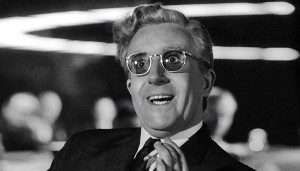 Released at the end of January, “Dr. Strangelove or: How I Learned to Stop Worrying and Love the Bomb” was Stanley Kubrick’s black comedy that satirized the Cold War, and people’s fear of nuclear war. Starring Peter Sellers and George C. Scott, the film went on to be nominated for four Academy Awards, and won four of the seven awards it was nominated for at the BAFTA Awards, including Best British Film.

The film that lives on strongly in Pop Culture, and gave Anthony Hopkins the role that he will most be remembered for came out on Valentines Day, 1991. Directed by Jonathan Demme and based on the book written by Thomas Harris, the film went on to sweep the “Big Five Academy Awards,” becoming  the third film to do so (the first two being It Happened One Night, and One Flew Over the Cuckoos Nest). 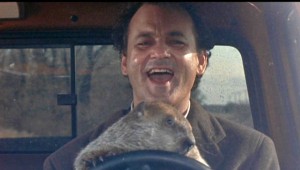 Starring Bill Murray as Meteorologist Phil Connors, the Harold Ramis helmed film tells the story of a man stuck in an infinite loop, on the day he hates with a passion. 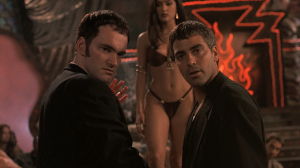 Collaborators Robert Rodriguez and Quentin Tarantino brought us this genre mashing crime/horror/vampire film starring George Clooney and Harvey Keitel. Wanted by the FBI and Texas Police, Seth (Clooney) and Richie (Tarantino) find themselves in deep trouble with a town full of vampires. 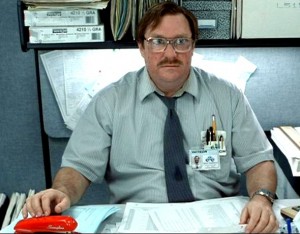 The office place comedy that inspired many red stapler purchases and left a legacy of quotes was written and directed by Mike Judge, and was mostly an unsuccessful release. The film showed its legs on cable and home video, and word of mouth gave the film a certain cult status. The Comedy Central premiere of the film brought 1.4 million viewers, and it went on to be broadcast 35 more times on the network. 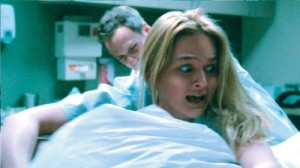 This comedy horror film is definitely worth a closer look. Written and Directed by Mitchell Lichtenstein, the film tells the story about an abstinent teenage girl that has “vagina dentata.” Released to decent critical acclaim, the film’s star Jess Weixler won a special jury prize at Sundance. Read our review here.

Announced with some mystery, in true [Producer] J.J. Abrams fashion, “Cloverfield,” did $170 million in its box office. Starring relative unknowns, and shot in the “found footage,” style, Director Matt Reeves brought to audiences a Godzilla inspired monster movie that was very entertaining. Unlike most found footage films, the techniques in its “shaky cam” style was quite deliberate, and not as dizzying. Read our review here.

From Director Luc Besson, “Taken” essentially gave Liam Neeson a completely new resurgence as a badass action star. 56 at the time, Liam Neeson found himself at the top of pop culture references, and the film itself went on to gross $266 million at the box office. Impressive, especially given its $25 million dollar budget. Read our review here.

Scorsese’s ode to Hitchcock was based on the novel from Dennis Lehane, and brought the legendary filmmaker back to the Boston area after 2006’s “The Departed.” Many factors brought the film into its Winter release, missing the Oscar season window. Paramount thought it could bank on the fact that Silence of the Lambs, also a thriller, did so well in the February release window, it might give the film a chance. I still love this film, and like all Scorsese films, there are so many amazing homages throughout. Read our review here.

Soderbergh at it again, this time bringing in MMA star Gina Carano into this action thriller. An entertaining spy thriller with good twists, the film was received to positive reviews (around 80% on Rotten Tomatoes). Definitely worth a closer look if you’re a fan of Soderbergh.