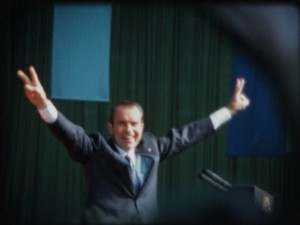 “Our Nixon” from director Penny Lane is a film composed entirely of archival footage following Richard Nixon through his presidency. The footage comes from various news outlets and, most interestingly, from home video captured by top Nixon staffers. The private footage was seized durring the Watergate investigation and has never been seen before.