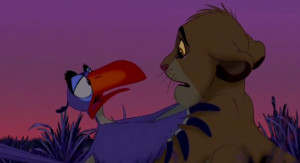 I’m a big fan of recut and mashed-up trailers, this one is no exception. Brad Hansen of Craveonline.com has taken the Dark Knight Rises trailer and mixed it with the Lion King to create, “The Lion King Rises.” Happy Monday!

In 1972, two of the world’s great actors teamed up for a dramatic face-off that would be looked upon as a career highlight for both. In 2007, another team was paired off, and they took another look at the material, updating it and trying to keep it relevant.

Mr. Hobbs is a janitor with heart of gold. Laura Quinn is a no-nonsense businesswoman, the lone example of her sex in the world of diamond companies in 1960’s London.