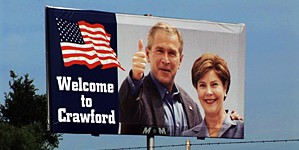 ‘Crawford’ despite its centering around George Bush excels in its ability to tell a story of real people, rather then taking the agenda pushing docutainment route that is so prevalent in the world of documentary cinema.