Skip to content
home Reviews Review: I Know Who Killed Me 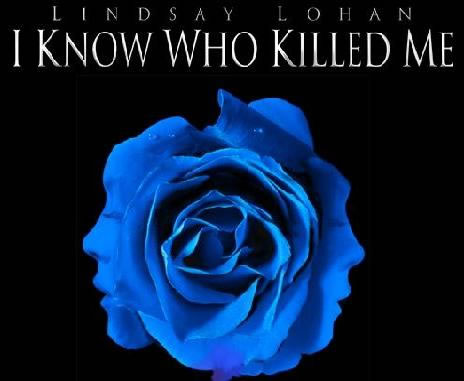 Why Not Watching ‘I Know Who Killed Me’ Isn’t Enough

I am not going to lie to you and say that I sat down and watched this movie, because I didn’t. I don’t want you spreading rumors around that I lie to the masses about movies that I view. However, it would be a fib to say I didn’t in some capacity “experience” this movie, because I did. I heard most of it as the movie was being watched a room adjacent to mine, and that is what makes me feel confident in reviewing it.

This film stars (though it is a stretch to use the word “stars” since I am pretty sure the producers did everything possible to hide this fact) Lindsay Lohan (Aubrey Flemming/Dakota Moss) as some sort of twin in a race for her life against time and an evil man who is torturing her twin sister. Obviously nobody believes her, and not because the scripts say they shouldn’t believe her, but because nobody believes Lindsay Lohan as a human being. She just doesn’t have that kind of range to portray a person. Once LiLo is on the trail of the man trying to kill her, the road begins to twist and turn until she is forced to strip and have sex with several people. It is my professional opinion (and by “professional” I mean I wrote “Professional Critic” on a napkin and stapled it to a Superman shirt I have) that none of this was scripted, however. All Lindsay was doing was simulating stripper moves she saw on Shot at Love and having sex with people she met in rehab, and instead of asking her to stop, because she wouldn’t, they decided to shoot the material and said, “screw it, we’re losing money, we will find a spot for this footage.” From the sound of the hardcore acting going on, I was able to infer that Aubrey was sticking needles into her finger and running towards a lot of danger. This continued until the film mercifully ended.

I Know Who Killed Me reached new levels of sucktitude, but not just for the classic reasons. Sure it was bad because there was no story line being followed, and because there were no credible actors, but it was also bad because in the back of your mind you knew that by watching the movie you killed the brain cells that reminded you not to walk into on coming traffic. So not only did I Know Who Killed Me waste two hours of your life, but it will probably cause your ultimate demise.

I have not watched a lot of movies, but this is the first time I have walked away from not watching a movie and felt like one (1) I should get my money back, and two (2) I may have contracted some sort of STD from the lead actress by just hearing her have sex.

One thought on “Review: I Know Who Killed Me”