The poster for Mike Meyers’ new movie ‘The Love Guru’ has been released on the Internet Poster Awards web-site.This is Meyers’ first movie starring an original character since… um… well, it’s been a long time.

Ignoring the fact that Verne Troyer looks nothing like real-life, honest-to-goodness coaches like Bob Hartley, Pat Burns, Ken Hitchcock or Larry Robinson, I’m interested. The fact that anyone cares about hockey anymore is a good thing. The fact that Meyers hasn’t dropped the ball yet, (He didn’t write ‘The Cat in the Hat,’ so he’s getting a pass on that one… Oh and the same goes for ‘Shrek.’ But the first ‘Austin Powers?’ ‘So I Married an Ax Murderer?’ ‘Wayne’s World 1 & 2?’) I might have to check it out. 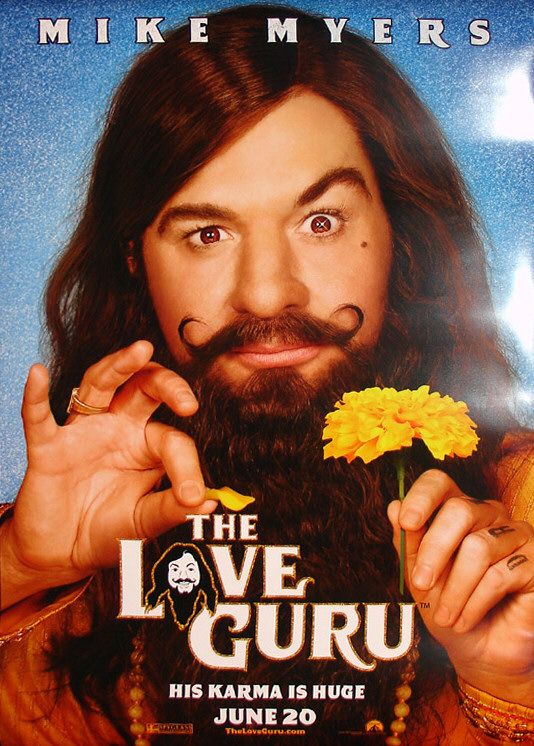