Skip to content
home Feature A Bunch of Bava: Five Dolls For an August Moon

Sometimes, a job’s just a job. Such is the case with 1970’s ‘Five Dolls For an August Moon.’ (Also known as ‘Island of Terror.’) Bava described the job as such: ‘They paid me on Saturday and we started shooting on Monday.’ That said, the movie is not completely devoid of enjoyments.

George Stark is a rich industrialist. So rich that he owns his own island. He invites a group of friends to spend a few days and relax. Being on an island leaves them mostly cut-off from the outside world. This only heightens when Stark sends the launch back to the mainland. 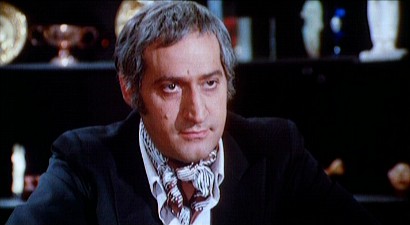 Among the guests is Gerry Farrell, an inventor who has a new formula. And it turns out, that many people are interested in the formula and many of those people are on the island. Gerry is constantly being plied with checks to buy him off and have him sell his formula to this company or that company.

And then the bodies start turning up. First off, it’s Stark’s cabana boy. The group, knowing that they have little options, end up wrapping the body in plastic and hanging it in the walk-in freezer. By the end of the film, the freezer becomes very full indeed.

Ripped off from Agatha Christie’s ‘Ten Little Indians,’ ‘Five Dolls…’ while a paycheck for Bava, still has enough for fans to enjoy. Bava seems to take pleasure from the murders. By stocking the island with a bunch of reprehensible people, (she’s married to him, but she’s also sleeping with her, etc.,) you don’t feel much pity when the body count starts to rise. 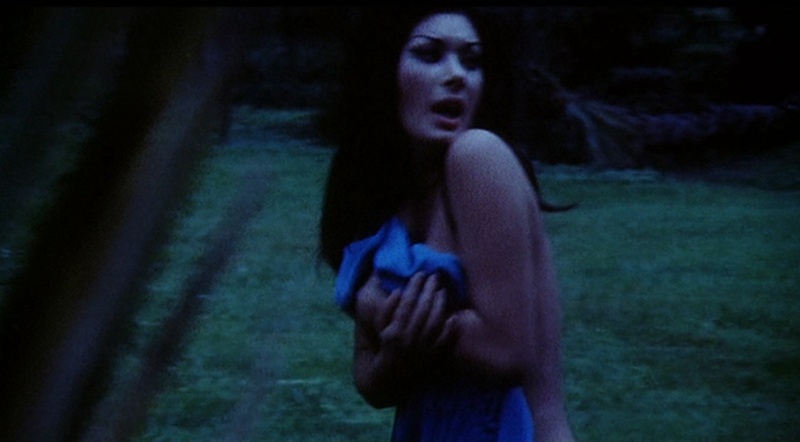 This is also the first and only time that Bava was ever credited as an editor on one of his movies. It’s interesting to see how Bava uses long pans of the island to create claustrophobia in his characters. It’s like at every turn, he is behind the camera, giggling as they get another reminder that there’s no way off the island.

The cast is passable at best and you won’t walk away remembering them. Due to the tight budget and shooting schedule, Bava wasn’t able to bring his usual actors or crew. But he makes the best with what he has.

What’s the title about? After watching the movie, I have no idea. It seems to fall in-line with Italian horror of the time, where a nonsensical title would be stuck onto a movie in an effort to raise attention and awareness of it. Unfortnuately, it didn’t do the trick.

While it’s not what Bava’s best known for, it is a fun diversion, something that entertains for its whole 80 minute running time. –Sam