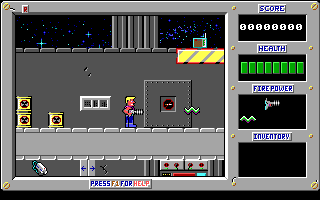 Everyone’s got the video games that never get old, and there are only a handful of games I can look back on and see how I lost months of my life to. Growing up, I was much more a PC kid then a console kid. Here’s how I passed the time in chronological order:

Frogger
Everyone’s favorite doomed amphibian, I remember playing this on my Dad’s monochrome yellow 8086 machine from Jameco Electronics. The game lived on a 5.25″ floppy. The logs always, ALWAYS threw me.

Space Invaders
Around the same time I was leading a frog across heavy traffic and a random river filled with logs, I was battling space aliens. Back and forth, shooting little pixels at animated monsters, trying to get the bonus spaceship in the background. Oh good times. 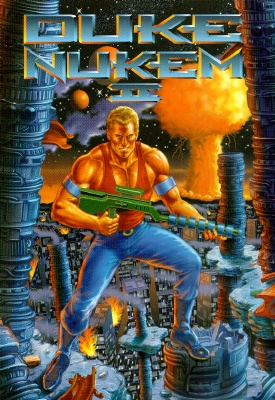 Duke Nukem I & II (or Nukum, depends who you ask)
Duke Nukem from Apogee, arguably a more relevant platformer in my life than Mario, and the first game I remember playing start to finish (I specifically remember it took me about six weeks to beat Duke Nukem II). They’ve ported so many games to the DS and PSP, its a wonder why this gem hasn’t popped back up. 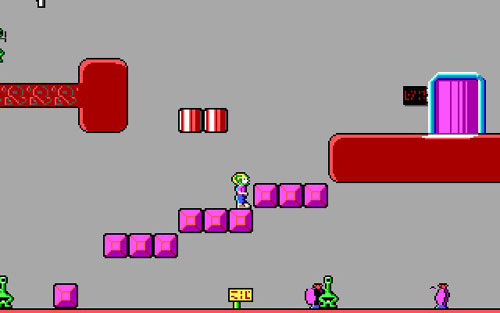 Commander Keen
From the now infamous iD Software studio came a fun fantasy story about an eight-year old who fights aliens. Who knew that the team that developed this would go on to create one of the most influential games in the history of the art form (Wolf3d). 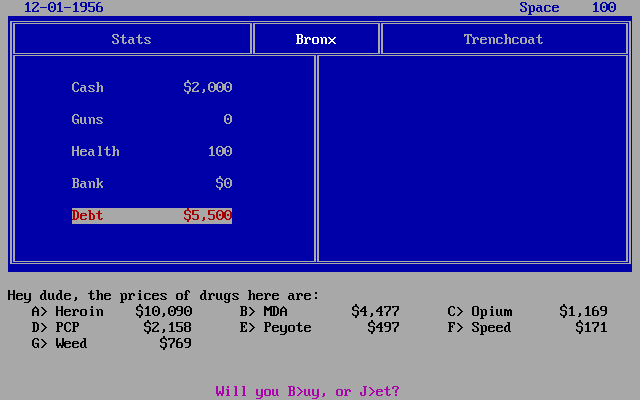 Dope Wars
I know what you’re thinking, I was a kid, what did I know about selling drugs. Sure I didn’t know what PCP or Peyote meant back then, but boy was it fun to be a street pharmacist in this text adventure. The world of dial-in BBS’s exposed one to a lot of interesting things, its small file size and freeware status inspired the download. I’d like to think this gave me street cred as a 4th grader.

Wolfenstein 3d
Suffering from only an 8086 at home, I had to beg my Dad to take me to work on the weekends so I could play Wolf3d (and beat it!). The PC Speaker sound effects, the graphics, and most of all, gore. This game blew me away, making first-person shooters my favorite style of gameplay. From the barking dogs to the robotic Hitler, Wolf 3d was a revolutionary game. 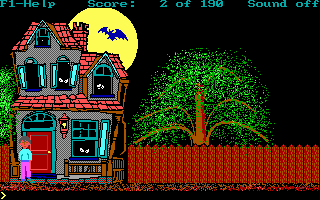 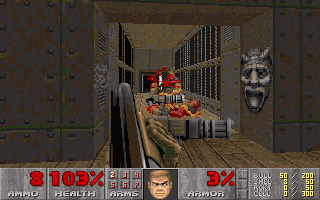 Doom 2
If Wolf3d was the Genre builder, Doom pushed it into the next generation. It’s hard to believe a pixelated, sprite filled game could scare me if I played it in the dark. I was late in upgrading to a computer that could handle Doom (jumped from a 286 to a Pentium), so by the time I was ready, Doom 2 was out. What followed was months of dialing into friends and playing two-player Deathmatches.

Theme Park
Before Rollercoaster Tycoon and Thrillville, there was Theme Park from Bullfrog. Much in the vain of Sim City, it was a business/building Sim that involved the creation and maintenance of a theme park. During this time I was also a rollercoaster/theme park enthusiast, so spending months building my own, at the time, was time well spent. Other notables from Bullfrog was the game Syndicate, which recently popped back up in EA Replay on the PSP (though I have yet to pick that up, due to fairly negative reviews). 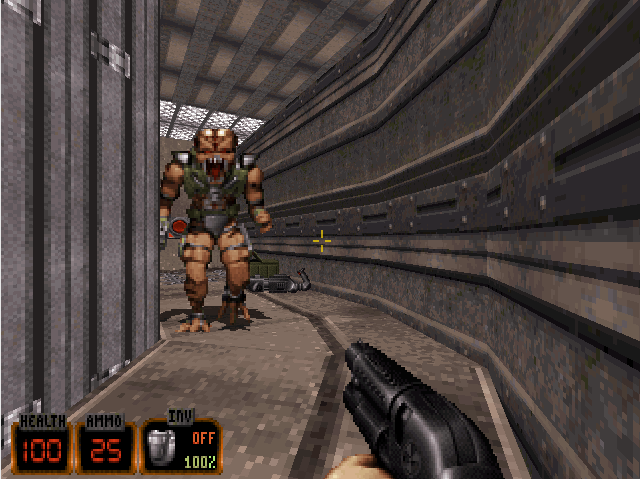 Duke Nukem 3d
Probably the only game on this list I play to this day. Armed with a sound blaster card, and a whopping 8 megs of RAM, I was able to kick some serious alien-ass, and tip strippers a dollar to see pixelated booby-tassels. Duke Nukem taught me important lessons in life, how to kick ass and take names. Jetpacks, shrink rays, and interactive environments jumped far forward from the likes of Doom. Though, unlike its polygon textured competitor Quake, it was sprite based, it still was (in my humble opinion), far more fun.

What were your PC Gaming obsessions of yesteryear?