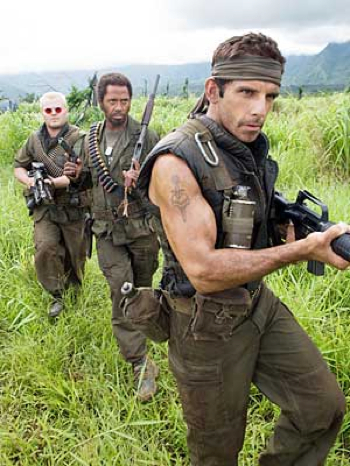 In my opinion Robert Downey Jr. is one of the greatest actors of our time. But I also have a few more opinions, namely, white people in black face have historically cause problems or, at the very least, evoked uncomfortable shifts in chairs and awkward pauses in conversations. Robert Downey Jr. has said of his upcoming role in ‘Tropic Thunder’ where he plays an actor that must dawn black face for a role in an epic Vietnam movie, “‘If it’s done right, it could be the type of role you called Peter Sellers to do 35 years ago. If you don’t do it right, we’re going to hell.” I liken it to pulling your junk out on an elementary school playground: even if it’s done tastefully, you’re still waving your penis at 5 year olds.