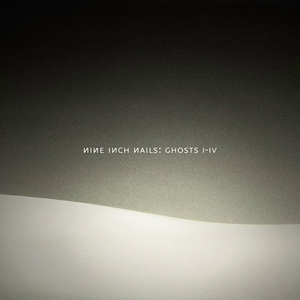 As we reported earlier this week, Nine Inch Nails released their first album free from a recording contract, entitled ‘Ghosts
Volume I-IV.’ Through the release of his previous album, ‘Year Zero,’ Nine Inch Nails
front (or only) man Trent Reznor was vocal
about his displeasure with the record label, specifically about the limitations to releasing the material and the pricing of the album (he deemed it too high in certain places). Despite these limitations, Reznor used a clever “marketing” device to successfully promote the album: USB drives in bathroom stalls of concert venues were planted at the stadiums hosting NIN on their ‘With Teeth’ tour. Some of these drives had samples of the upcoming ‘Year Zero’ tracks, others had encrypted messages (concert T-shirts were riddled with hidden codes as well) that led to various webpages and phone numbers, slowly revealing an Alternate Reality Game that revealed the world behind the concept of ‘Year Zero.’ With this, Reznor planted the seed and paved the way for his latest release, ‘Ghosts Volume I-IV.’

On March 2nd, the cryptic messages on NIN’s website went away, revealing Reznor’s new project: a 36-track album of instrumental music. As noted on the site, “I’ve been considering and wanting to make this kind of record for years, but by its very nature it wouldn’t have made sense until this point. This collection of music is the result of working from a very visual perspective – dressing imagined locations and scenarios with sound and texture; a soundtrack for daydreams. I’m very pleased with the result and the ability to present it directly to you without interference. I hope you enjoy the first four volumes of Ghosts.” His description of the album is fitting. The 36 tracks, averaging about 2 and a half minutes each, are very ethereal, giving the aural sense of a landscape. Most of the songs’ approach to creating that mood is through repetition of musical ideas. And there lies my biggest issue with the album: by the 9th or 10th track the repetitive nature of each song tends to get a bit boring. The album feels as though Reznor wrote a musical line, built a little bit of mood music around it, then called it a song. Sometimes it worked, sometimes it didn’t. It’s hard to note the songs that stand out as they sort of blend together and, lacking any sort of hook or notable change within a song, one track became another, became another. And I’m confident it’s not because has forgotten how to write instrumentals. The first track off of ‘Year Zero,’ Hyperpower!, is a bold, catchy, great instrumental tune from an album that was released less than a year ago. And that timeframe could be the problem with this album: it feels almost like Reznor was so excited to explore this new way of distributing music that the music almost took a backseat to the means of getting it out there.

Now that’s not to say that this isn’t worth picking up and listening to. ‘Ghosts Volume I-IV,’ when it’s on track, is right on track. As I said, it’s hard to note which tracks to draw your attention to as they all tend to blend together (not to mention the naming scheme of 1 Ghosts I, 2 Ghosts I, etc. doesn’t really help clear things up), which is probably the point, but the stand out tracks are there. And the execution of the distribution is great. Reznor took full advantage of this digital revolution. With the download comes the 36 tracks and each track has attached to it a piece of art that reflects the song. So for those with portable music devices that allow for album art, you get a new picture to look at with each tune. And with the download price of $5 for the 36 songs, Reznor’s point is made: the music you want to listen to can be in your earbuds for less money than record companies made you pay.

Overall, I say that the $5 you spend is absolutely worth what you get. However, I personally would have rather had NIN release 10 fully realized tracks than 36 musical ideas. ‘Ghosts Volume I-IV’ feels more like listening to a musical notebook for future songs than it does listening to an album. The songs were good, but given more time, it’s clear a lot of them could have been great.