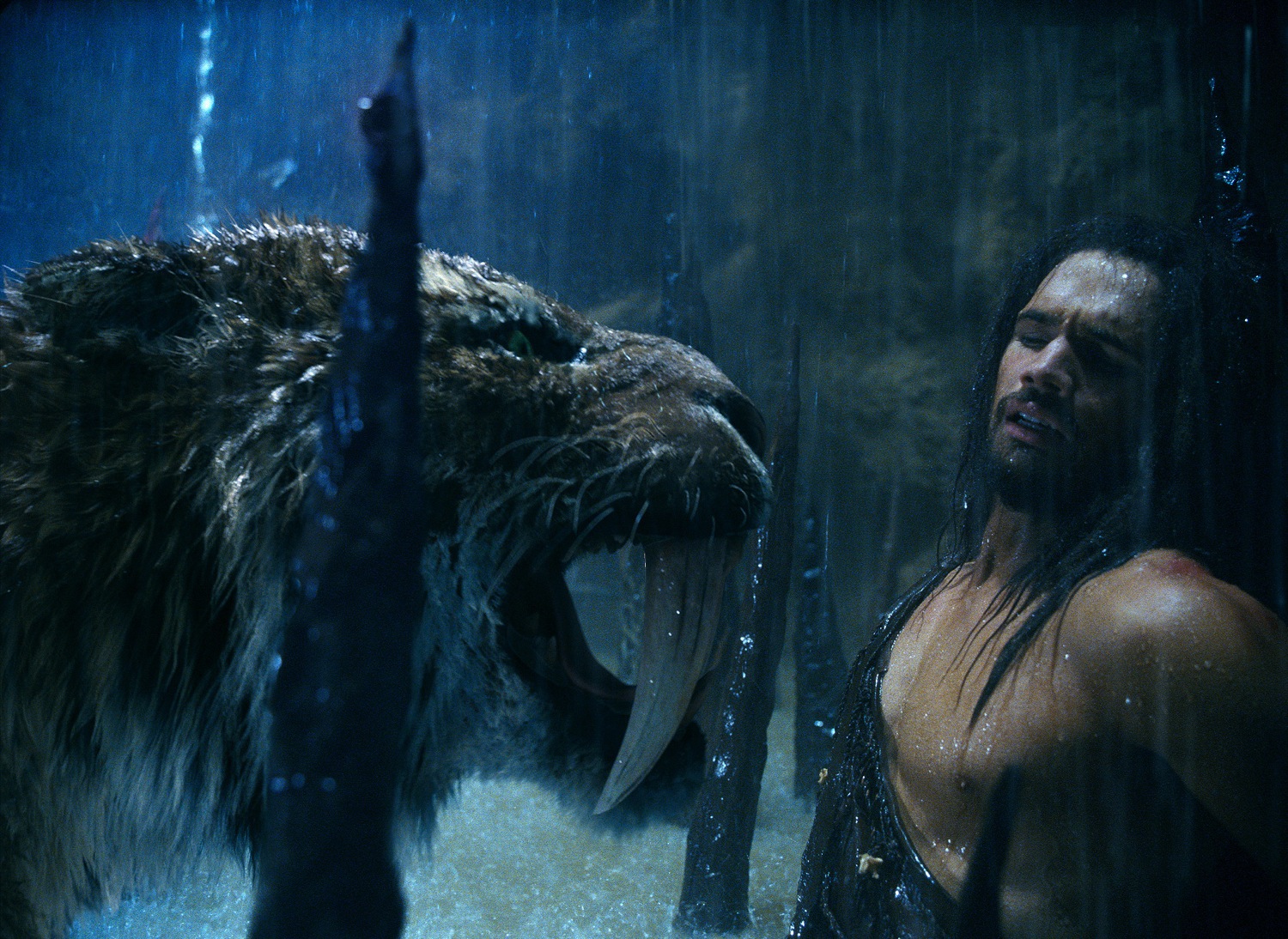 From the filmmaker that brought us Stargate (Lonely Reviewer Episode 3 Movie of the Week), Independence Day, and The Day After Tomorrow, comes a movie with a lot of potential, but unfortunately, comes up rather short. 10,000 B.C. is (wants to be is perhaps more accurate) an epic tale about a Hunter chasing down a Warrior tribe who kidnapped his love.

First of all, for the purposes of this review, I’m going to remove looking at the film as far as historical accuracy goes, but just as a film-going experience. The unfortunate thing about this movie is that even though Apocalypto came out two years ago, I couldn’t stop comparing the two. Both were about a small tribe being attacked by a larger one (for the sake of spoilers to the two of you who want to see this, I won’t reveal more then that), and both take place Before Common Era.

The film starts with a rather irritating narration, breaking down the story of the hunter-gatherer tribe. D’Leh, the son of a man who abandoned their tribe is revealed to be in love with Evolet, an orphan who according to Old Mother (the village elder and resident psychic) is there to save the tribe from starvation.

We follow the hunters on a hunt, and are treated to a laughable sequence of D’Leh being dragged by a Woolly Mammoth while stuck on a net, and by a stroke of luck, killing the Mammoth. This luck results in D’Leh receiving the honor of the White Spear. The village is then attacked by four-legged demons (meaner tribe on horses), and Evolet, along with many other villagers, is kidnapped. D’Leh, along with a few others, embarks on a journey to save his love.

The film features relatively unknown actors, save for Cliff Curtis who has been seen in some notable films (Bringing Out the Dead, Three Kings). CG is overused, and some of the creatures were a bit laughable and not even a tad close to as frightening as the filmmakers no doubt wanted them to be. I will give him props for trying to show audiences things we haven’t seen before, but unfortunately, plot-wise, its all here, and its all been done. Rivalries between tribesman, love, love taken, teaming up, and rising up against the persecutors.

So who should see this film? Not people who are looking for historical accuracy, not people looking for any sort of entertainment. Do yourself a favor, rent Stargate again and wait till Roland Emmerich writes with Dean Devlin again, its been a while, and I think their past due for a good collaboration.